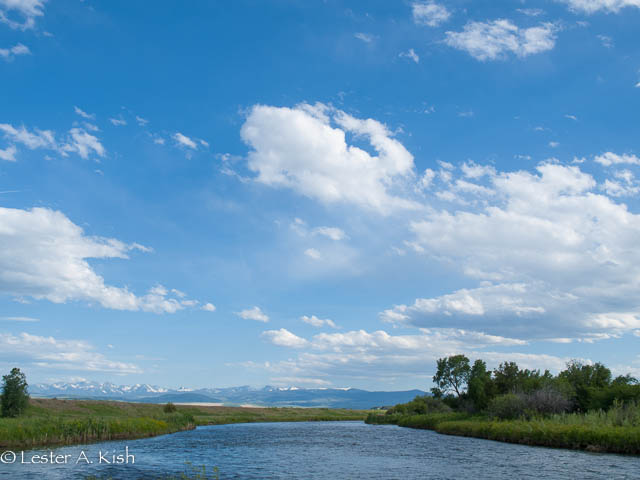 Up and down.  So go the river levels.  It's absolutely confounding.  Between the rain, runoff from snowmelt and dam releases, fishing conditions change, every day.

It was eighty-eight degrees early one evening last week.  I usually dread the heat.  But, since a guy doesn't know how many trips around the sun he has left, I went anyway.   The river had dropped to around 2400 c.f.s.  Wading is possible at that level, one can nibble around the edges.  If lucky, I thought that I might find a few rising fish.  Maybe a few caddis too.  They like warm weather.

Shuffling my way through the grass, I stirred up some caddis.  Like hoppers, they were up and right back down into the safety of the grass.  Like me, they were waiting for the wind to die down.

I found a bit of soft water and settled in to watch.  At 7:30 the caddis dance began. 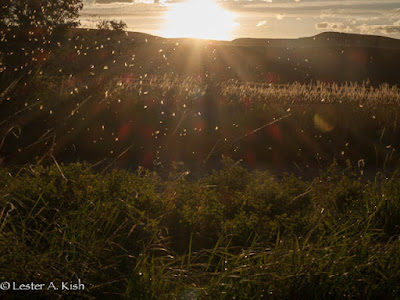 And, soon after, a few fish began to show their noses.  I tied on a nine foot leader, which, after fishing a fourteen or sixteen footer was quite a casting revelation. 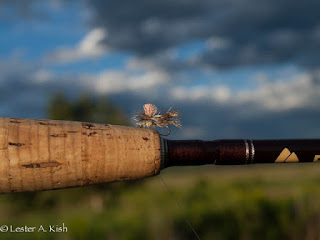 I got a few, missed a few.  And, surprise, two were cutthroats.  This far down river. 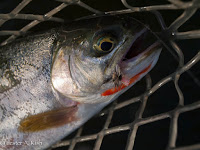 The bigger fish abstained from participation.

No matter, it was a stupendous evening.  The warmth felt good.  The light was beautiful.

The next day the river ran at 1900 c.f.s., the day after it was back around 2800.  It's been there ever since.  Probably stay there too as long as it keeps raining. 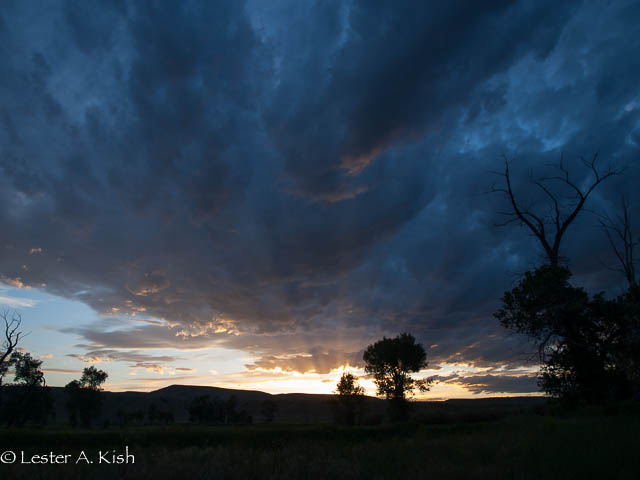