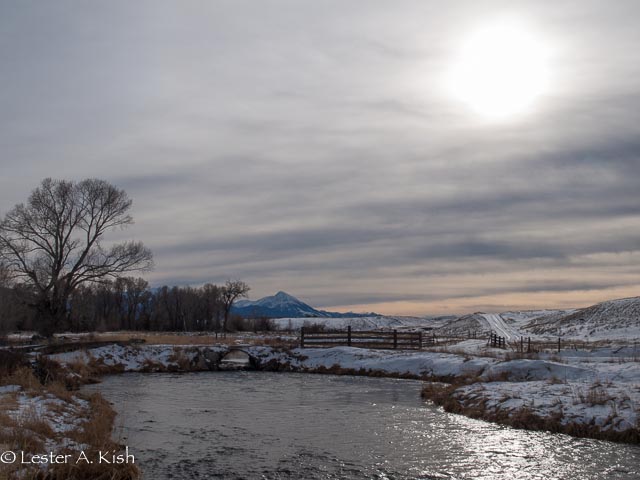 I like March.  It's an awakening of sorts.  After a winter of introspection, I revert to childhood.  It's time to get out and play in the water.  Except of course when one fishes a spring creek.  Then, it's best to stay out of the pool if possible.


Winter and spring in Montana.  One season morphs into the other, often with no discernible difference between the days.  In spite of the snow, a few fish nose their way into the creek from the Yellowstone.  Maybe the weeds start to grow.  A little green on the stream bottom is most welcome.  It's important too, bugs need something to eat, a place to hide.  So do the fish. 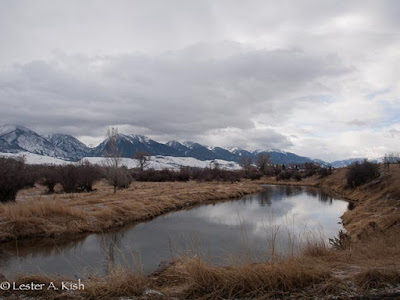 My fly rod has been strung for weeks.  Once fishing starts in earnest, it stays strung. All season.    After all, it's important to have a nice straight leader.  There's a fly attached too.  Now we know that a prudent angler doesn't tie on a fly until getting to the water.  But let's face it, the process of bug elimination is a short one.

There's no need for PMD's or caddis.  And, beetles and hoppers needs not apply.

As far as I' concerned blue winged olives are unreliable rascals.  Hatches go under the file with Bigfoot sightings.  Still, I've got a box full, just in case.

Midges.  Now they're a different story.  I like 'em.  Maybe it's because they like March too.  They're more reliable than those blasted olives.  And, one thin little fly box can hold hundreds.  Naturally, I carry two.  Boxes that is. Of midges. 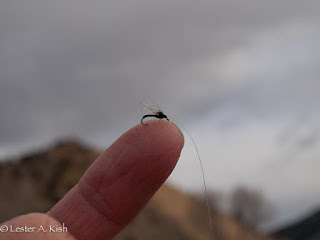 I bought a new vest a year ago, a "professional" model.  It has lots of pockets.  My back hurts just lifting it.  All those little bottles of fly floatant add up.  It must be an exponential phenomena.  Each bottle, when paired with another, increases weight by a factor of four, or more.  The same principle applies to bulk.  Take a skinny angler, add bulky vest, and voila, said angler assumes the girth of a sumo wrestler.

I think that it's time to revive the old cotton fly vest.  It's lighter, has fewer pockets.  How much stuff does a fisherman need to pack in order to float a few size 22 midges?  A little floatant.  Some 6X.  No, better throw in some 7X too.  Reading glasses, to see those 22's or (gasp) 24's while trying to thread 7X that I can barely feel, through the hook eye that I can barely see.

That about covers it.  Well, every angler needs a net to scoop up that whopper.  A camera too, in order to record the days events (Heaven forbid that I miss my chance at fame when Bigfoot strolls out in the latest model of form fitting waders).  Suddenly I'm hauling more stuff than intended.  So much for minimalism.  Good thing that I picked the light vest.  So what if the eight track tape player doesn't fit in it.

So, back to March, and fishing.  A week or so ago the midges finally showed.  Not in any great numbers, but enough to get the attention of at least a few trout.  I wiled away the hours pitching flies to random rises.


The next few trips were more fruitful.  Still not many bugs, but the fish were starting to look for them.    Some years the midges get going earlier.  With the prolonged winter and lingering snow, this year they lagged.

One afternoon, I'm on my hands and knees peering through the grass.  I watch as fish circle lazily.  They swim by.  Close.  I could poke 'em in the eye with the tip of my three weight.  I watch a rainbow, he's coming my way.  Gulp, gulp, gulp.  His head comes out of the water. I can see his left eye.  It's above the surface too.  I think that this is going to be easy.  Not fair at all.  Just like stealing.  Gulp, gulp, gulp. I keep watching. 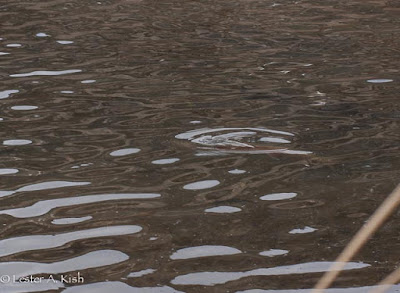 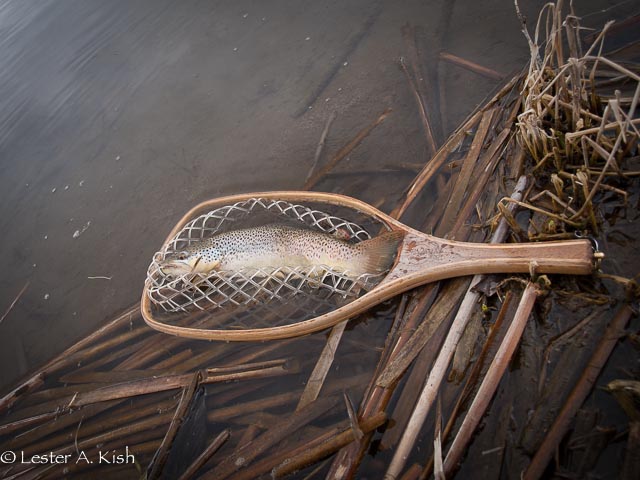 Then the party is over.  Not fair at all was right.  There's not much to eat and they get picky as hell.  Random rises.  Fish grab morsels while swimming this way and that.  So, what's on the menu?  Maybe the odd adult midge?  Not many are buzzing on the surface.  Pupa ready to hatch?  Not many of them floating in the surface film either.  Ascending pupa?  There's a few, not many.

It's the usual scenario.  When bugs are scarce, one would think that the fish would eat every bug that they see.  But no.  They're increasingly fickle.  They eat everything that I have, when they decide to. Infrequently, sporadically.  I love this game and the way the fish play it.

And so it goes.  The month rounds out.  A half dozen creek trips.  I stay longer each time, eventually stretching the day from dawn to dark, not wanting to leave for fear that I'll miss something.  Last trip, the wind subsides late in the day.  At dusk I pour tea, listen to the red-winged blackbirds.   A pair of owls hoot.  Ding dong, March is gone. 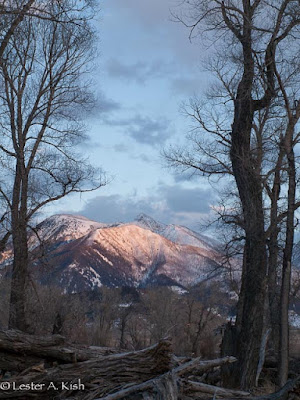