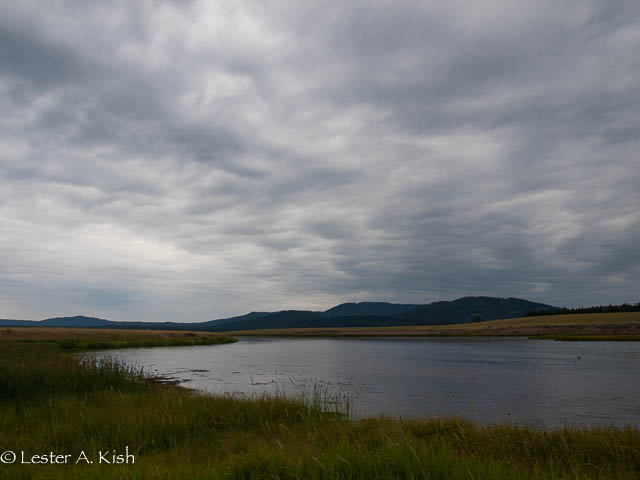 Let it be known. The curse has been lifted.

I finally got a "real" fish out of the Henry's Fork.

One fish is no big deal for the fly fishing luminaries out there who stack twenty inch rainbows like cord wood.  My light doesn't glow so bright.

With clouds forecast for the day I made a run for Last Chance.  Overcast summer days are a rarity out here.  I hoped the fish and the bugs that they dine on would like the forecast as well.


A cloudy day invariably feels a hell of a lot more comfortable than a sunny one with similar temperatures.  The only issue is that the glare on cloudy days gives me fits. Sunglasses don't help.  There's no best angle to look at the surface of the water either. There's a uniform funky brightness caused by light reflecting from clouds to water surface that makes it virtually impossible to see and track a fly.  So, I squint a lot, guess where my fly is based on water speed and basically fish by braille.  I make a point of lifting gently when a fish rises near my fly. 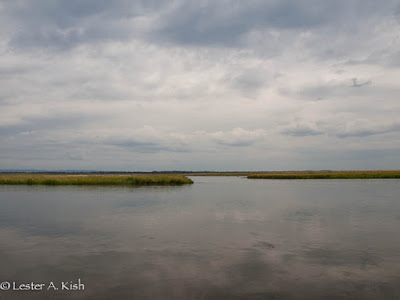 As for bugs, it was Tricos in the morning, then PMD spinners.  There was enough of a PMD hatch throughout the day to maintain angler morale.  Also, a smattering of Callibaetis.  And, I added Flavs to my life list of trout bugs sighted. 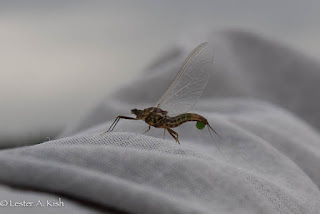 Considering the amount of bugs, I expected the fish to be more active.  I had a couple of shots.  Got close to one, but the rascal wouldn't stay put.  After a couple of dozen casts I got my fly over him and he ate. He made a big jump right off the bat.  Then, took some line and jumped twice more just for show.  I got below him and was able bring him to net easily.  A few photos and he swam out of the net.  A pretty fish. 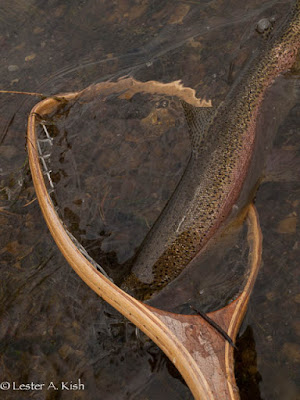 I plopped my butt onto a streamside tussock.  It was time for a drink, of water.  Fittingly, the sun appeared and lit up Bonefish.

I pretty much called it good at that point.  I wanted to remember this as the day that I finally got a fish on the Henry's Fork. 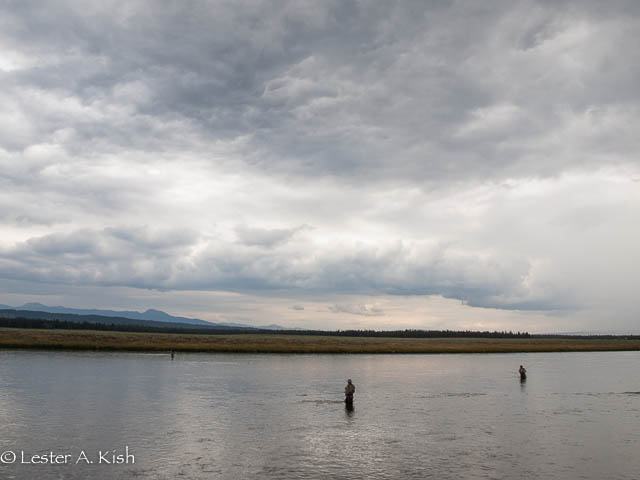