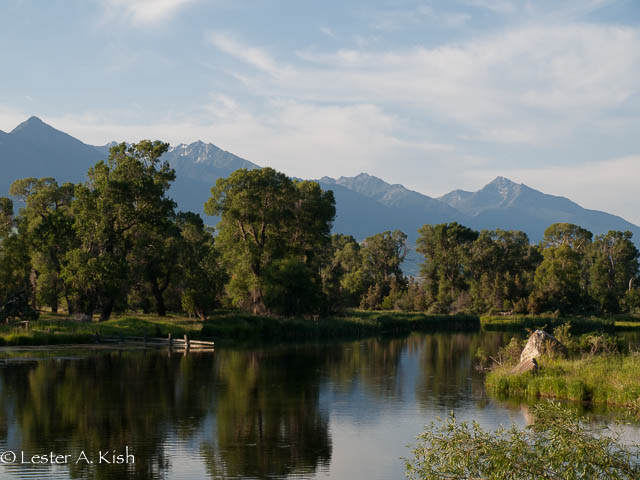 An opportunity. The creek books a year or more in advance for the prime dry fly fishing period. There was a last minute cancellation on the spring creek on Monday.  I grabbed it. 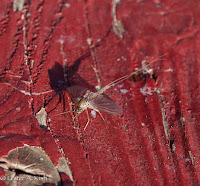 It's still PMD time. If they want to show.  By 7:30 a.m. spinners were dancing in the sun.  It took a while for them to start dropping.  Hatch?  So-so.  Actually not much.  I'd heard that it had been inconsistent.
As far as the catching goes, it was no free for all.  By mid-July the fish have been worked over pretty good by a number of credible anglers.     The fish have seen all manner of patterns and presentations, some good and some not so.  I got some nice ones.  Pretty much all rainbows. But, as I said, I had to work for them.  No one pattern was the clear winner.

I took a break at 1:30 when a squall came through. It was burger time anyway. 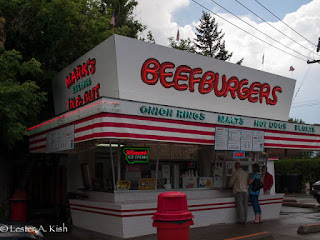 I was back creekside in an hour.  The squalls continued to roll through.  It rained and/or hailed, on and off for the rest of the day.  In and out of the car, I'd catch a few, head for cover, repeat.  A rainy afternoon is a welcome July rarity.  The patter of rain on the car roof made for good dozing. 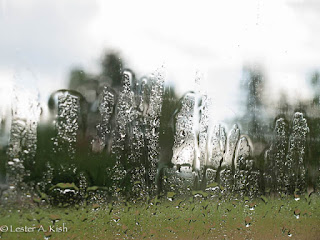 Midges were the stars of the afternoon.  Grudgingly, thankfully, the midge box came back into play.  It's the one hatch that I reliably have some modicum of success.  A small fly dropped near the little dimples yielded some nice trout.  It was a fifty-fifty mix of browns and rainbows. 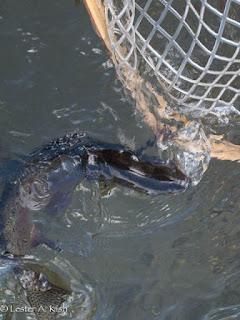 Bill Trussell said…
Lester
When all else fails go to the midges; I assume in a tiny size?? This place sounds like the Sipsey, educated trout, pressured by every fly tied, and relentless casting by skilled anglers. Were you dead drifting the midge. Glad you broke through the pressured water and had success. Thanks for sharing
July 16, 2017 at 9:50 AM

Anonymous said…
Les: Prime time on the creek...pretty special. Lots of hatches. sounds like a wonderful day of technical fishing.
bob
July 25, 2017 at 7:33 AM

Lester Kish said…
A special day it was. Bob, you and I both appreciate technical fishing. Even more so when the fish cooperate and make us look and feel good!
July 26, 2017 at 11:17 PM