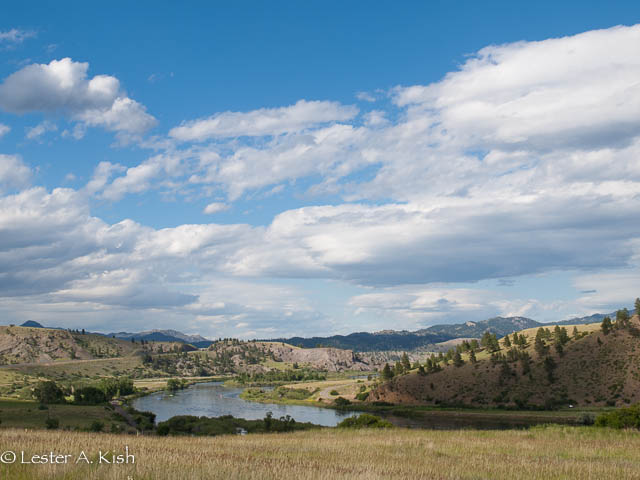 There's no shortage of folks on the Missouri now.  It's clear but still a little high for wading.  Just a tad over 8000 c.f.s yesterday.  I had to go and take a look just to see for myself what those water levels meant. Well, what it means is that it's fishable for a wading angler, although one needs to pick their spots.  Boaters on the other hand have lots of spots to choose from. 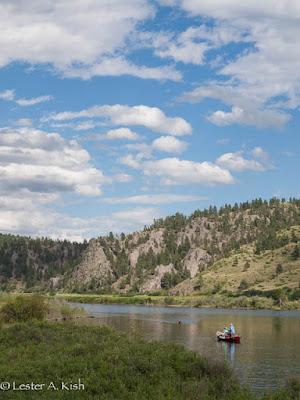 The biggest issue is not in finding fish, but rather in what happens after hooking one. They're just harder if not impossible to chase with the deeper water and flooded banks.  So one hopes, as I did, often, that there's enough backing.  One fish took me down to the last few turns of the spool before the knot gave out at the fly.  I was relieved to see the fly line after having recovered my backing.  That fish might be to Great Falls by now. 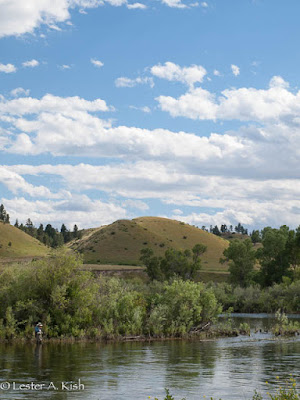 So, it's PMD time.  Finally.  A sparse hatch yesterday, but there were plenty of spinners. They kept the fish interested and eating on top for better part of the day.


So, how was the fishing?  Well, I lost the first six fish that I hooked.  After they'd made their obligatory downstream run I'd get them within a rod length only the have the hook pull out.  I was starting to think that this wasn't to be my day, but then the numbers improved and fish started coming to net.  I broke for lunch around 1:30.  My eyes were pretty well fried from staring at the water anyway, so the break was appreciated.


Around 2:30 I started feeling guilty about dozing in the car.  Back upstream I went. Fish were still rising, spinners were still on the water.  A few caddis were buzzing around too.  I hooked several fish before encountering the "devil fish" that nearly cleaned me out.  I caught several more after that.  By 5:30 an aching right forearm said enough. I agreed and called it a day. 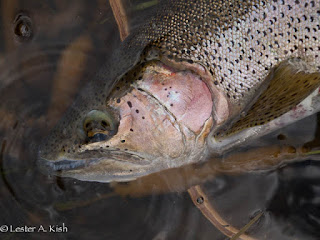 rivertoprambles said…
Always good to hear mo' about the mighty Mo, especially if it means fine-tuning the eyesight with pmd visions and getting arm complaints from fighting fish. Water like that gives us reason to live!
June 26, 2017 at 5:45 AM

Bill Trussell said…
Lester
It's a downer when you get the fish close enough to see it and can't actually land it. I blame it on the fish and not the angler, for being such a bad ash!! I encountered one such trout yesterday on the Caney---looking on the positive side; they're still there waiting on us. The Missouri is another reason I envy where you live. Congrats on a great trip!!
June 28, 2017 at 9:31 AM

Lester Kish said…
Bill, I feel better already, those Missouri River fish have defective lips! No wonder I lost so many. Actually, I think that my landing percentage would have been higher if I could have got below them. Fighting fish and current usually stacks the odds in favor of the fish. Thanks Bill, and good luck on future trips to the Caney.
June 28, 2017 at 9:56 AM

Anonymous said…
Les: Still having difficulty posting on your blog...problem at my end. Nice posts and pics...sounds like a good day on the Mo. Can't wait to fish it.
bob
July 8, 2017 at 6:49 AM