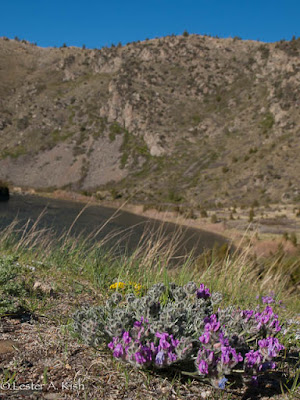 It was warm.  Heat radiated off of the canyon walls.  The temperature on my car gauge stretched into the low 80's.

I've avoided Bear Trap Canyon, outside of winter, for decades.  It can be hot.  Dry. Theres snakes.  The last summer hike that I took, I saw seven rattlers, on the trail.   That's plenty for one day, don't you think?

Then there's ticks, poison ivy too.

It's really not that bad.  One does need to watch where one places important appendages though. 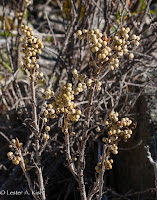 Ah, poison ivy.  It's incorrectly been called poison oak.  What we have here is western poison ivy.  It  grows as an upright vine and can be found along the banks of the Madison.  While fishing, I've also seen it along the Missouri and Clark Fork Rivers in Montana, the Selway, Lochsa and Clearwater in Idaho, and the Grande Ronde in Washington.  I still have flashbacks to childhood summers spent broken out and itchy from rashes.  The rash on unmentionable body parts is brutal.  Here's a WebMd link with some useful info about the plants, rashes, treatment, etc. and more here at www.poison-ivy.org .

But I decided on a hike anyway.  Sans waders and fishing gear.  It's a pretty walk, especially with spring green up. 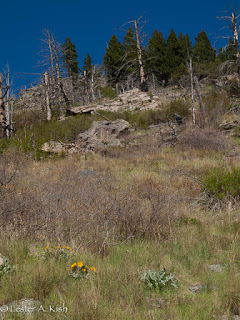 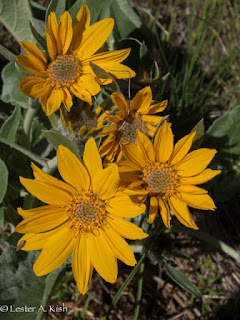 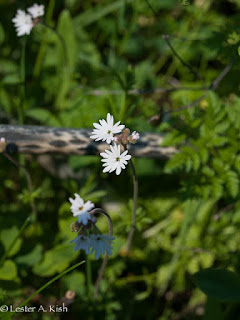 It was early afternoon, and like I said, hot.  There were a few fisherman, hikers, trail runners, and a gal on horseback.  I hoped that the horses would run the snakes off.

When I turned around at Beartrap Creek, a few welcome shadows stretched across the trail. 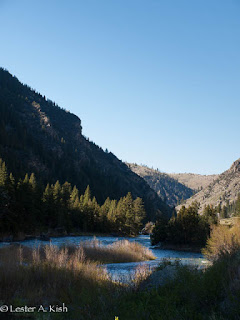 Of course, I watched the water on the way out.  No fish rose.  Now, caddis like warmth.  But they like shadows too. I got most of the way out before the bugs and fish got going.

Once the shadows fell, the caddis really got to buzzing.  The fish noticed too, their splashy rises commonplace the closer I got to the trailhead.

I figured that I owed myself a fish, or at least a token effort at fishing.  So I wadered up and took a short walk upstream.  The fish were willing.  The hard part was seeing the fly.  Even after tying on a black posted caddis, it was mostly a matter of a short cast, guessing where fly was, and striking if anything moved.  Often there was a fish on the end of the line.  I called it good after catching a  few spirited rainbows.  The last fish looked to have been caught earlier that day.  Good enough I thought.  They don't need me hammering on them.  Let them eat in peace and fill their bellies with caddis.

The days count of creepy-crawlies..... 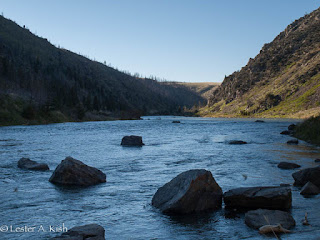