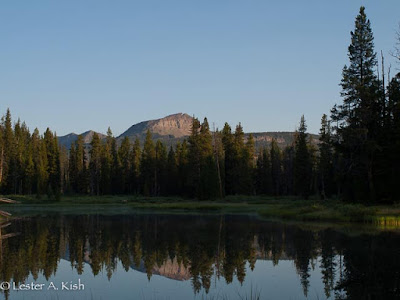 I'll start this post with a scene to warm the holiday season.  A summer pond reflection from near Cooke City, Montana.  Only the mosquitos are missing.

The year started and ended frosty.   Sub zero temperatures in January and December bookended the year.  Other than minor inconvenience, the cold weather was short lived and offered a brief respite from fishing.

I've grown to prefer fishing midges.  Often, they're a most reliable hatch.  And, mid-winter, the only game if one desires casting to rising trout.  Thankfully, February and March were both nice and offered several pleasant days and opportunities for squinting at the waters surface. Midges continued to fish well into May.

In spite of declining visual acuity, fishing with twenty-two's became routine.  I comfortably ventured into the use of 7X and now view 6X as a luxury.  Five X is nearly suitable for dredging up halibut. 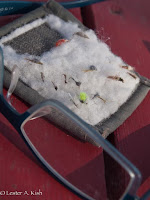 Lucy, the matriarch of the sofa claiming dog clan made it beyond sixteen.  She left behind three daughters, a grand daughter and two sometimes perplexed humans.  She was most photogenic and posed prettily with retrieved birds. 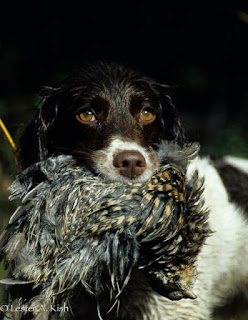 Meanwhile, Katie, aka Noodlehead, showed signs of becoming a credible bird dog.  When birds were scarce she demonstrated her prowess at finding and retrieving the bones of big game animals of seasons past. 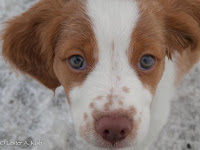 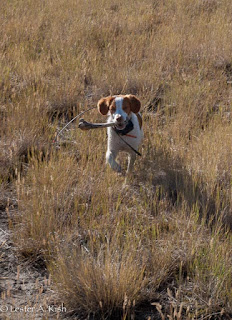 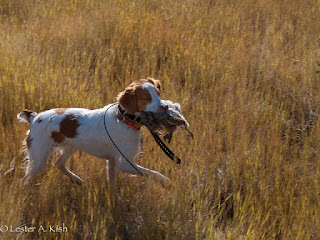 Summer arrived, and minor infirmity and a sudden bout of sensibility kept me from embarking on a major assault on the high country, at least one wherein I was the pack animal.  I had great plans.  I bought a new pack in the spring.  It still has the store tag attached.  It will still be new next year.

More days were passed on the water without wetting a line.  I spent more time watching, waiting and  hoping that all of the observing would teach me something.  With all due respect to Rene Harrop and his wonderful book Learning from the Water, I learned that I'm capable of spending  a lot of time doing nothing while staring at the water.

After a dismal 2015, the fruit trees and strawberries produced bountifully this year.  The wife's vegetable garden took most of the summer to come out of its early season funk.  But, eventually there were tomatoes on the table.  It was a great year for flowers though.  Why is it that the blooms are at their best when the first frost hits? 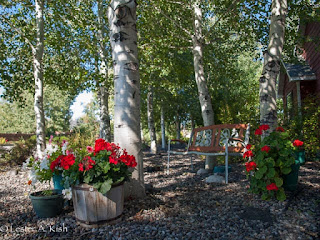 And, I reached a personal milestone, geologically speaking.  Sixty.  I've concluded that I'll never be perfect, bullet proof or young again.     The accumulated indignities have taken a toll.  This skinny little carcass wasn't designed to haul animals five times its weight or for shoveling countless truckloads of landscape rock.  Apparently, my lack of physical stature has been more than compensated for by an equal lack of common sense.  But as they say, life goes on.  How many more score remain?

Idaho.  My nemesis was and still is the Henry's Fork.  Someday I'll catch a "real fish". 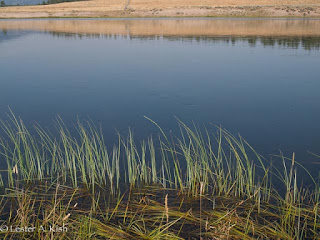 It was another outstanding autumn.  September, October and November all fished well and I piled on miles between Montana, Idaho and eastern Washington.  Most satisfying were a couple of late November afternoons of casting blue-winged olives to rising trout.   December likely will pass without knotting a fly to the leader.

Jo and the girls continue to be the hunters of the household.  My hunting license remained unused.  The old 30:06 stayed in its case.  I was content to watch deer rather than shoot.  Maybe next year the hunter gatherer urge will stir.

Til then, I will, as the natives say, continue to play with my food.  I'll content myself by casting small flies to small fish, which if caught, will be released to play the game on yet another day.

That is, at least, when I'm not staring blankly at the water. 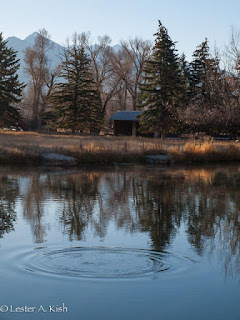