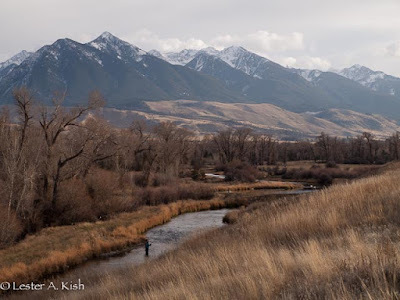 A nice day recently.  In contrast to a windy previous day, this day was calm.  A quiet morning, with light snow gave way to a pleasant day with peeks of sunshine.

I nymphed half heartedly in the morning, then quit by eleven, hoping to find a few rising fish.

I broke for tea.  Settled in, and waited.

And waited some more.

After an hour, a fish rose.


After a half hour three fish were working.  Something had their attention.  It was time to slip into the water for a closer look.

A few midges buzzed but the fish weren't interested in my offerings.

A blue winged olive drifted by.  Well now.  I better take a look in my fly box. 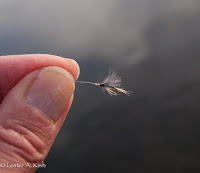 The fish were rising more steadily now.  Their rises more enthusiastic.  Not the soft dimple of midging fish.

A fish ate on the first cast with the cdc olive.  It was a beautiful cutthroat.

I dried the fly, waited.  The next target rose, close.  Another cast.  Another eat.  This time a rainbow.  He jumped six times.  A great fish. 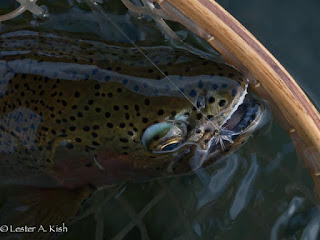 In between fish, I doctored and revived the fly with the magic powder.  I marveled that a few dabs with the brush turned a matted feather into its former fluffy self.  I also noted that my supply of Frogs Fanny needed replenishing.  I'll have to write a note to Santa.

This day, if the fish saw the fly, they ate it.  There weren't enough of the real thing to distract them.  It was gratifying to cast and expect a take.  Not only that.  But to cast, watch the drift, say to ones self..."now" and have the fish eat, right then.   It doesn't happen near often enough. 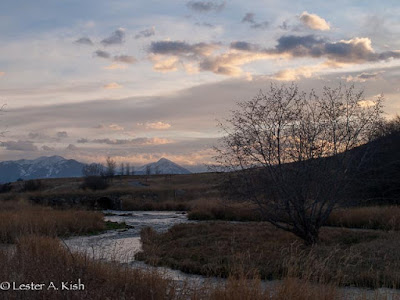