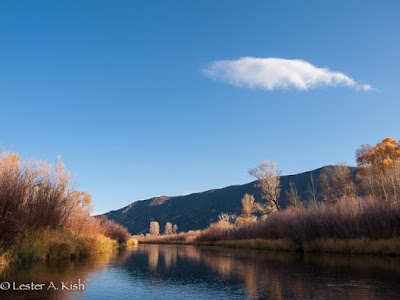 It's midge season, again. Time to get back to spring creek fishing. The mornings are extraordinary.  Most days, I spend the better part of the first few hours just gawking, watching the light change, snapping photos. 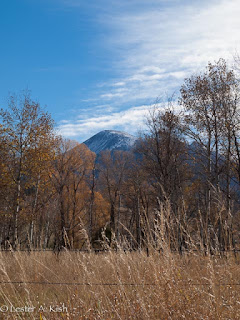 The game starts once the the fish start rising.  Nothing visible in the current, little on top.  Midge adults skitter sporadically on surface.  Is that what they're really eating?  The fishing is challenging and frustrating.  In a perverse way, I prefer it to all other fly fishing.  Heaven forbid that I get a sore arm from catching too many.


I while away the hours.  Get a fish or two.  It's the usual routine.  Hook a few.  Break a few off. Some are really good ones.  It's shallow water fishing.  The fish know that they're vulnerable. Once hooked, they vacate the area in a hurry and put extreme strain on the delicate rigging. Often, the departure is sudden and leaves me questioning the tippet, my knots, both.  At home I tie up a new leader, test the tippet.  It breaks, at the knot.  I try again.  Is 6X meant to be blood knotted?  I wonder, and tie a surgeons knot instead.  It holds. 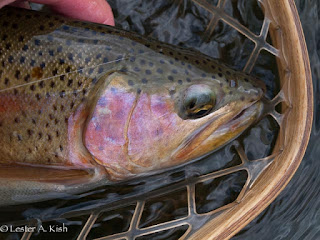 The age old question with fishing midges?  What is the right fly?  Is there a right fly?  I get a few on just about every midge pattern.  Nothing is the hot item.


I've maintained that even on a spring creek, with the requisite educated trout, one can always find a few fish that are willing to eat just about anything.  In contrast to midging, I've seen anglers use some of the ghastliest of rigs to catch these "sophisticated" trout.  How about a dropper rig with a San Juan worm the size of small anaconda trailed by an egg cluster?  Some creative anglers reverse the order and also add enough split shot to securely moor a naval vessel in the strongest of rip tides.  And yes, they do catch fish.  It makes little sense to an angler using 22's or 24's.

Given my predilection for a challenge, I'm determined to crack the midge code at least once.  Just one day where I raise most of the fish that I cast to.  Lately, the usual killer gray cdc pattern with the grizzly shuck has been shunned by most of the fish.  So, I tie up a light tan version since I think that's what I see the fish take.  Next trip they'll probably eat something else.  Maybe they'll be eating the gray pattern and I won't know it.  Who am a kidding?  Maybe I'll just tie up a midge pattern that looks like an egg cluster...... 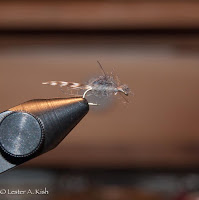