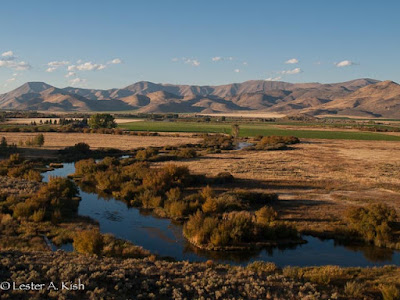 Spring creeks are singularly beautiful, and Silver Creek in Idaho is no exception. The Silver Creek Preserve is managed by the Nature Conservancy.  It's open to the public for a nominal five dollar daily donation.  While fishing is the main draw, many folks come to bird watch, canoe, walk the trails and take in the scenery.  It's also a photographers dream. 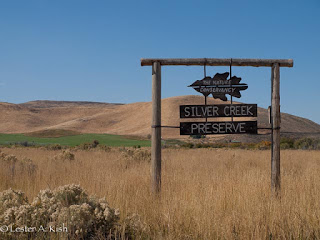 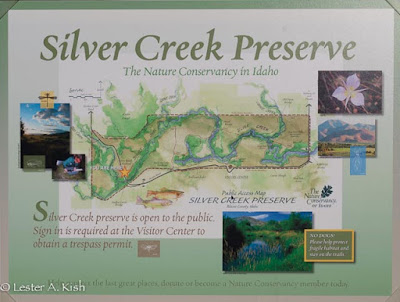 Silver Creek should be on the life list of any spring creek fisher.  And, as a devotee of spring creeks, it's one that I'd wanted to visit.  With a few days off, that fortuitously coincided with a favorable weather window,  I made the drive and was rewarded with a couple of delightful nights of camping. 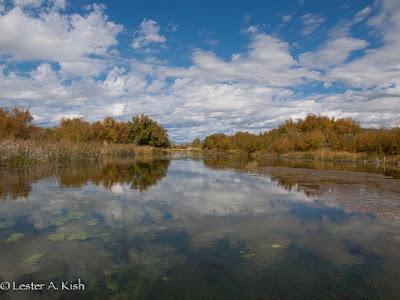 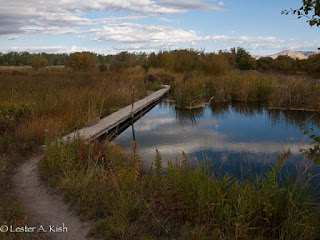 Daytime temperatures still touched into the eighties and warranted an afternoon break from fishing.  The September nights were most comfortable and capped off with a moonlight serenade of distant bugling elk. A bull moose also included the Hayspur campground in his after dark wanderings. 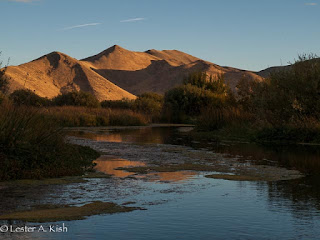 I only spent two days on Silver Creek.  Let it be said that the fish are constantly harried by some of the best anglers.  I had dues to pay, and they wouldn't be paid in two days.    I wandered, explored and cast to persnickety fish on the first.  I slid the net under a few the next.  A black cdc beetle saved the day.  As a bonus, the "camp water" within the campground was worthy of an hour or two of casting exercise.  Too, those fish were spooky as hell, but I got a few. 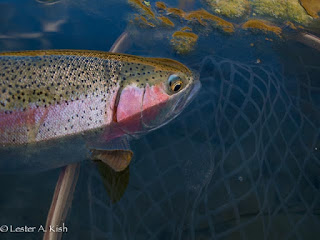 Fishing aside, I couldn't get enough of the landscape.  Had I not fished I would have been pleased to wander about with my camera. 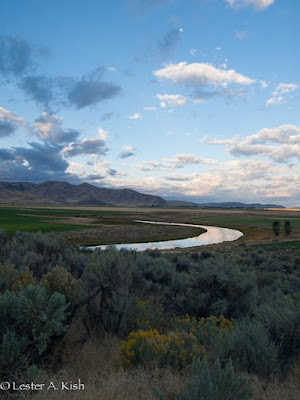 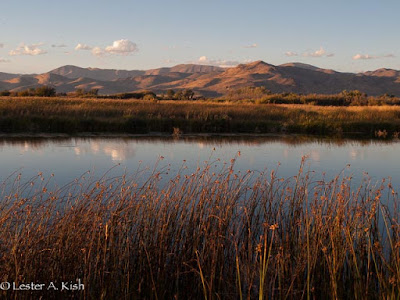 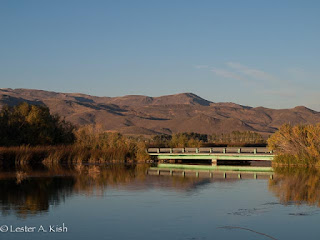 Earnest Hemingway was an area resident.  He fished Silver Creek for its trout and hunted ducks too.  Just upstream from Kilpatrick Bridge is this memorial. 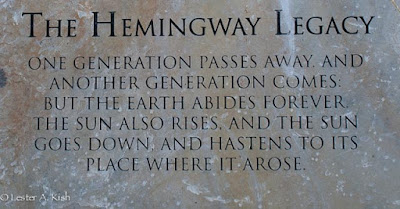 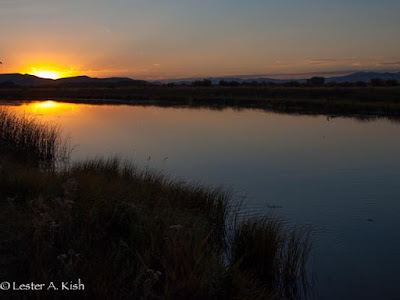