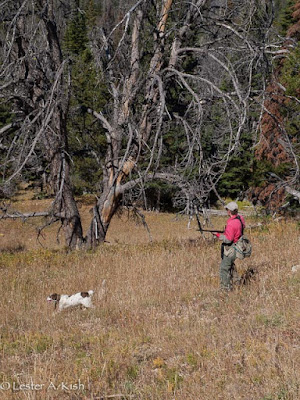 Another year.  Another first day of September.  The traditional opening day of mountain grouse season in Montana.  Older dogs.  Older humans too.  And a pup just to round things out.

Typically, it's warm.  No exception this day. Fortunately a breeze and a few clouds early on  would make for pleasant walking.

Birds?  Not many.  Addie pointed a couple of blue grouse around mid-day.  They gave us the slip. 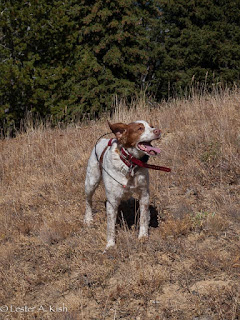 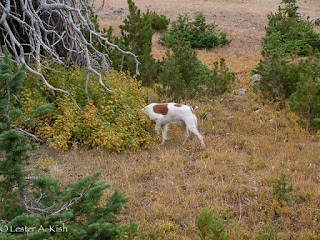 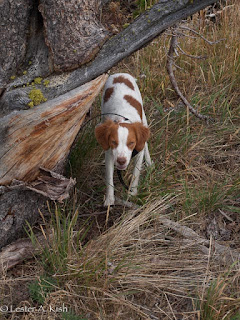 For the older dogs, another day at the "office".  But it sure beats work! 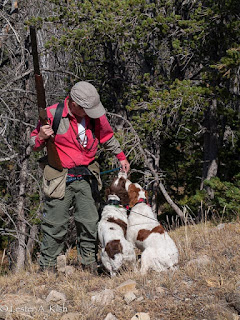 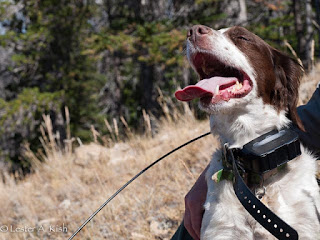 I later bumped and flushed a single.  A big male blue.  Of course he lit in a tree and peered down at us defiantly.  Treed birds aren't fair game.  When they fly, ok.  He flew. 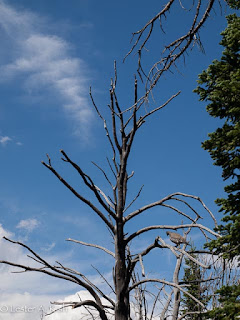 One final mid afternoon walk and we were played out.  Katie found part of a deer leg.  She proudly carried it back to the truck.  In her mind the day was a resounding success.

Who needs birds when you've got a bone? 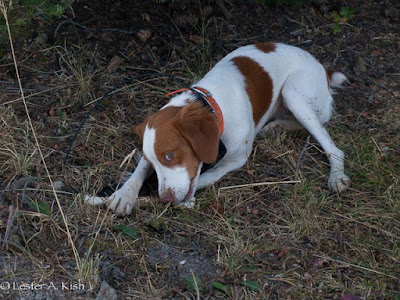