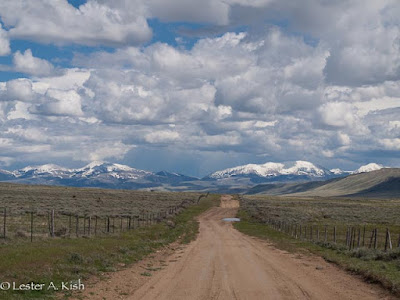 I started this post this winter, while sitting and listening to the pop and crackle of a wood stove.  I was leafing through some magazines, occasionally looking out at the mountains, waiting out the wind. While thumbing through one issue, I paused and took note of the editors piece.  I remembered some old correspondence with this particular magazine editor.  Sometimes a brief distant collaboration will leave a lasting memory. His did.


Now, most folks tend to ignore the editors piece, but it's the first thing that I've always read when a new issue comes to print. Some years back I'd established a relationship of sorts with a few magazine editors.  That was back when they all required film.  I was just starting to get a handle on the medium, and was beginning to get a feel for what they wanted as regards photocopy.  But I digress.  David Foster, then editor of Gray's Sporting Journal and I had exchanged a few emails. I'd sent a few basic timid inquiries as to any interest on his part on a photoessay that I'd submitted.  He'd been known to be rather difficult and abrasive at times, other times incredibly warm and sensitive.  I must have caught him at his warmest because he was always cordial in his replies.  Once, he responded at great length about dogs and horses and his family.  At the time, I didn't realize that he was dying from renal cancer.  I was just thrilled that he took the time to answer. I wish that I'd saved that email.


Foster was a dog person.  And recently, the proud owner of a Brittany.  He also had a fondness for Montana.  Being that I'd sent photos of a Brittany, was myself from Montana and whose wife also happened to be hunting in Montana with said Brittany, he took interest in the piece and found it in his heart to publish it.  A year later he accepted and published another wingshooting piece.  Then he was gone, as are the dogs featured in those pieces.


Time passes, but memories and images last.  Thanks to David Foster, I can still open one of those old issues of Gray's and relive those moments.  Lucy is still pointing blue grouse in some high mountain meadow.  Meanwhile, Zach  is pointing shadows in a willow patch in the Aleutians.


He gave me a chance to at least briefly believe that I was a photographer who could produce something of value that would be worthy of gracing the pages of a respected magazine. 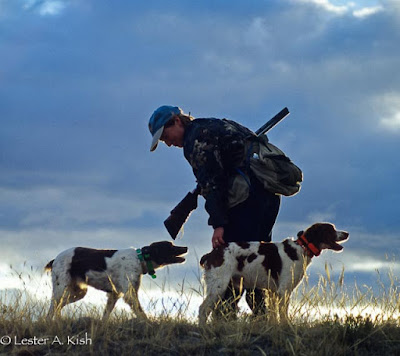 Bill Trussell said…
Lester
First off, how is the trout fishing out there----not many of us get the chance to have our work published in print for the masses to see and read congrats----thanks for sharing
June 14, 2016 at 8:52 PM

Lester Kish said…
Hi Bill, can't comment about the fishing as I've been taking a brief sabbatical. I hope to get back at it in the next couple of weeks. I'll leave the fishing and the catching up to you.
June 15, 2016 at 11:53 AM

Lester Kish said…
Hi Josh, yes it was. I admire the writers/photographers who can "stay in the loop" and steadily produce content that is worthy of being published. I do miss the days of film though.

And, thanks for the fishing update. I see that you've done well with the still water trout. I'm hoping to gradually get back into the fishing swing.
June 20, 2016 at 9:06 AM