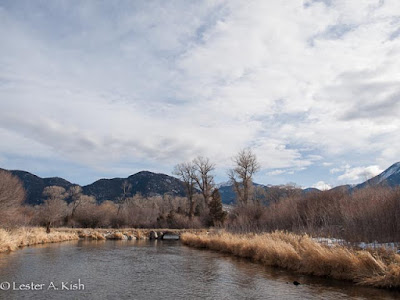 I fished twice this week. The first day it was fifty degrees.  Yesterday, the temperature reached into the lower sixties. There was little wind. The holdover robins and resident chickadees carried on as if it were spring.

Not bad for February, in Montana.

And, unlike Punxsatawny Phil, I saw my shadow.

The midges never showed, either day.  So, it was a nymphing game.

With no rising fish, there was no need to go ultra fine as far as tippet.  So, I fished with impunity and used 5X.  What a luxury.  It's amazing how strong tippet material has become.


Yesterday, I lost a bunch of fish before finally sliding the net under one.  Some days are like that. Get a pull or two out of a fish, then its gone.  Maybe just a roll...gone.  A flash...gone.  Or, a quick tail flop on the surface, and then....gone.  Brief meetings all.  Mere casual acquaintances.  Long distance releases.  A whole bunch of Sayonara amigos. 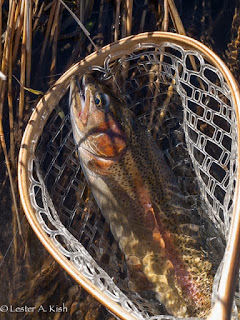 After lunch I got the folding lawn chair out of the car.  Some folks pack cell phones and first aid kits. I pack a lawn chair.  You know, just in case of an emergency.  Like a nap attack.  So, I stretched out in the sun, sipped tea and took in the mountain views.  Ah, sweet February sunshine. 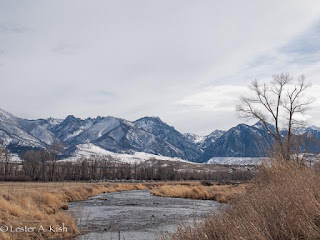 With mind and body rejuvenated, I went back out just to make sure the fishing tackle still worked properly.  This time, the fish stayed hooked, the net got wet.  The meetings were up close and personal.  The greetings..."howdy pard".  The partings..."there you go, tell you're friends how well you were treated." 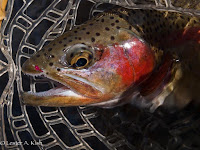 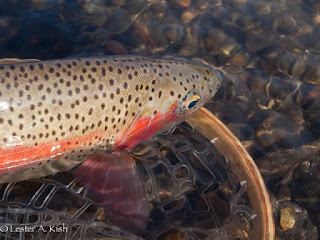 Of course, the big one got away.