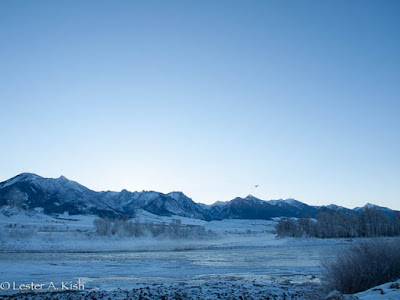 It was nine below when I pulled out of the driveway on  Saturday, the second day of January. Moments earlier, my wife had remarked that it was thirty-six above in Fairbanks.  Who'd of thunk it?  Forty-five degrees warmer in the interior of Alaska than in Montana.  This bit of trivia means little other than in passing conversation.  It assumes some greater significance for us in that one of our Brittany pups would soon be boarding a plane, destined for a life of chasing ruffed grouse and ptarmigan in the far north.

So, frigid temperatures notwithstanding, I decided to take a drive.  In the least, I'd make a token appearance creekside.  It was to be a brilliantly clear day and  I didn't want to miss it.  I planned on a day of thinking about fishing rather than wetting a line. When I arrived at the creek it had warmed nicely, to two below. Thank God for barrel stoves!  I wasted no time in crumpling paper and stuffing kindling and bigger wood into the stove.  My fingers were thoroughly frozen by the time I struck a match. 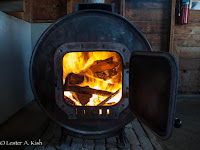 The outside world was absolutely stunning.  There was "smoke on the water."  Myriad ice crystals hung from the trees and bushes.  The day was a diamond. 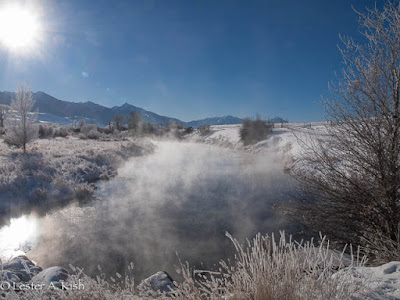 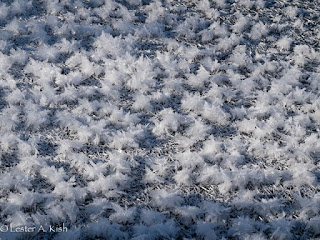 But, there would be no fishing today.  A few hardy souls would later show up, try their luck, and devote considerable time to keeping line from freezing to the rod guides.  Me?  I'd wait for a forty degree day.  I was content to read, drink tea an toast my sandwich.  I'd occasionally step out to check the status of the ice crystals. 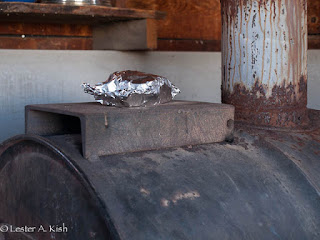 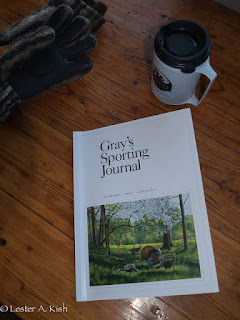 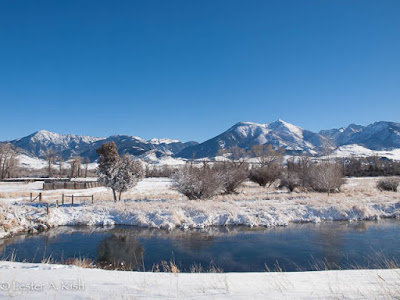 It warmed to twenty-one by the time I left in early afternoon.