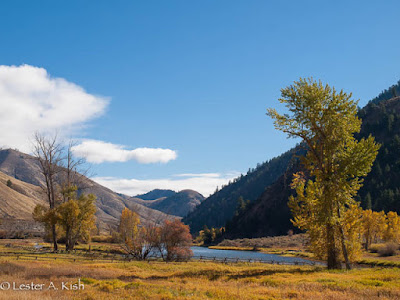 I took a drive a few days back.  Actually, during the past several weeks I've taken several drives. This time to the Salmon River country in Idaho.  I try to spend a day or two there each fall. Rather than do the usual killer day by getting up real early, driving a couple hundred miles, fishing all day and then driving a couple hundred miles home in the same day, I did the sane thing and spent the night in Salmon.  A wise move.

As they say, the fishing was good, the getting not so hot.  No real surprise.  Steelhead start to trickle into the area by the third week in October.  Bigger numbers tend to arrive later.  No excuse for my lack of catching though.  I had a couple porpoise within rod length on the second morning.  So, there were a few around.

I got to play with my "new" Meiser spey rod thats been neglected for the past few years.  Made some good casts, lots of poor ones too.  The casting was largely a success, I didn't hit myself with the tungsten conehead.  I cringe at the thought of driving to the ER with a Gamakatsu stuck in the back of my head, even if the barb is crimped. 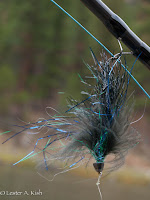 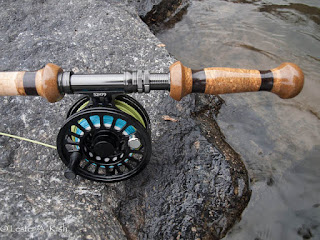 The fish tally for two days....one cutthroat, one small rainbow, and a bull trout.  I had one "suspicious" pull that may have been from the intended quarry. 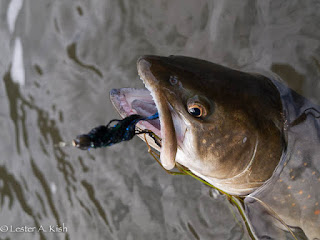 But the weather was tremendous, the days sublime.  Morning fog added a bit of mystery to the day.  Sun and blue sky made for brilliant afternoons.  It was too nice for fishing, but it was good to be fishing in nice weather.  There's months of freezing ahead.


I saw deer and elk.  Eagles.  Bighorn sheep.  Chukar called from above the river. 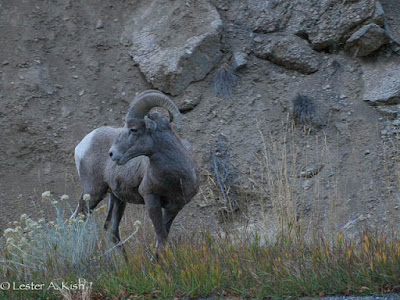 I'm not much of a bird hunter, but I bagged a grouse, with my car.  His calculations on flight speed and the speed of an oncoming vehicle were flawed.  He should have consulted Einstein regarding the laws of physics.

I got to Wisdom just as the sun was setting.  I stopped and stretched a bit.  I wanted to get a picture of the upper Big Hole valley and the surrounding mountains in the fading light.  But when I looked through the camera viewfinder, the resulting image would have failed to capture the enormity and quiet of the scene.  So, I made a sandwich and grabbed a pop for the rest of the drive home.