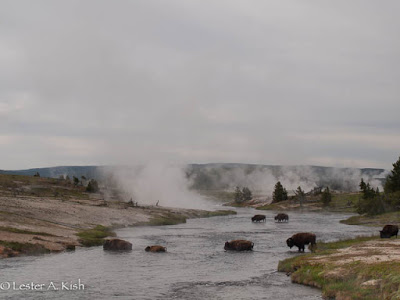 Three o'clock in the morning.  Can't sleep.  Start coffee.  Well, since I'm up, might as well go for a drive.....to Yellowstone.  The drive through the Gallatin Canyon is eventful as regards wildlife. There's deer, loads of elk, a moose runs across the road.  I get to the park before six, vehicle intact.

Along the Firehole River, it's early morning, the sun is barely up, barely visible through the high hazy clouds.  An ethereal mist hangs in the air, plumes of steam from the geysers that spew forth along the river.  I smell sulphur.  I smell bison, they're everywhere.

I walk the river, no particular destination in mind, I've never been here before.  I play tourist. The geysers and hot water pools are splendid, fascinating.  I snap a few pictures, bend over, stick a pinkie in the water.  Nice and warm.

Bison stream from a patch of open timber.  They mill along the river.  One jumps in, the rest follow.  Steam rises in the background.  It's an iconic Yellowstone scene.

After a couple of hours of poking around it's time to get to fishing.  Thus far, theres been no activity along the stream.   The bugs are slow, but eventually they begin to show.  White miller caddis, some smaller darker ones too.  Blue-winged olives.  Later, a few PMD's.

I get fish, but its challenging.  No one pattern seems to excite the fish.  Get a few with one pattern, switch, get a few with the next, switch, and so forth.  It's as if the fish are talking to one another.  "See that fly?  Don't eat it, I did, it was a mistake."

I look at the contents of my fly box, critically.  Meanwhile, a few emerging blue-winged olives drift lazily on the surface along the weeds.  So fine featured, so delicate.  Hell, they don't look anything like the cripples that I've tied.  I look again at my cripple/emerger patterns and try to imagine how they resemble the real thing.  I really have to use my imagination.  I tie one on.  A fish eats it.  Then he tells his friends...."don't eat that."

Morning stretches into afternoon.  My stomach grumbles.  Throat parched, I head back to the car.  Eight hours have passed quickly....it's no wonder I'm thirsty. 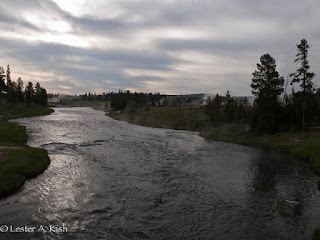 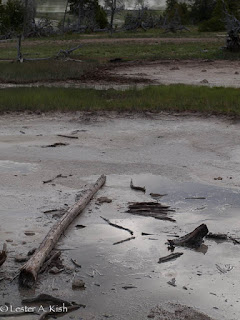 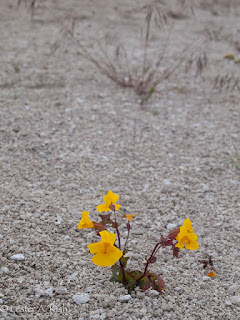 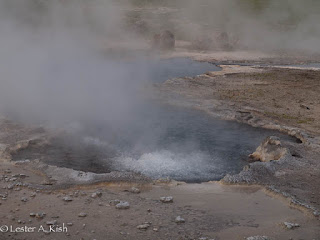 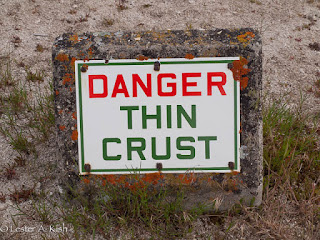 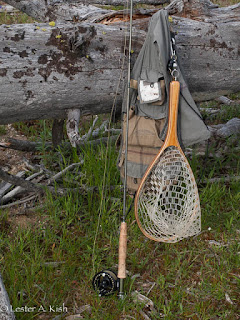 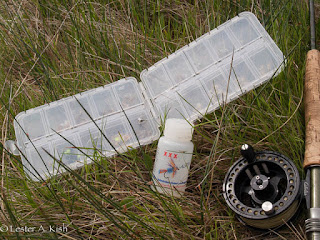 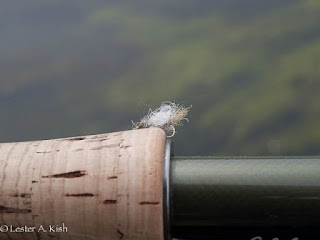 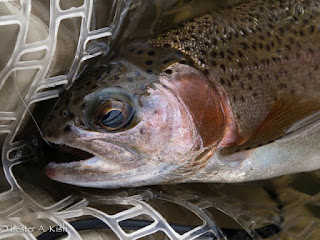