Cold Feet and the Blanket Beaver 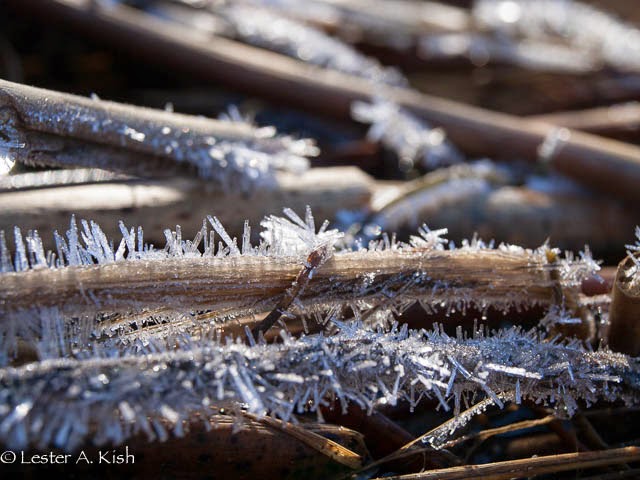 January has slipped away, rather quickly.  There were no major cold snaps, but it has been tough trying to fish around the wind.  There were a few excursions over the hill to the spring creek, but I didn't want to write about the same old thing. And, not wanting to stare at an indicator, I really wanted to hold out and cast to rising fish.  Too much to ask?  Well no, not really.  It never hurts to ask.  What were the odds?  Pretty good supposedly, except on the days that I went out.

Friday looked to be reasonably calm and comfy with forty degree temperatures forecast.  So I drove out to the Madison and took a walk up into Beartrap Canyon to look for heads.  A few adult midges buzzed lazily in areas where the warmth of the sun radiated from the canyon walls.  The shaded areas never gave up the frost.  No midges there. 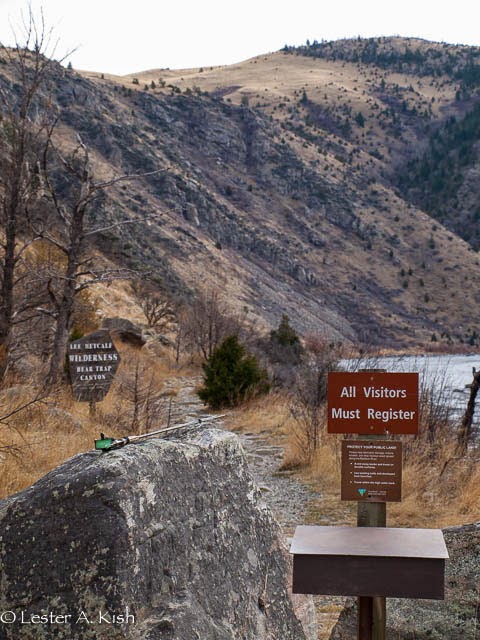 There were lots of folks out walking.  Quite a few fishing too.  I stopped by some soft water.  It was shaded.  I was hopeful, but not too optimistic. It was notably cooler in the shade.  I didn't see any bugs either.  So I sat, fiddled with my outfit, trying to decide whether it was worth stringing the rod.  Amidst the slow soupy flow, a soft barely discernible ripple on the surface.  Hmm. Really?  Minutes passed.  My butt was starting to chill from sitting on the frozen ground.  Then, another ripple?  I trained my eyes on the spot, straining, trying to decide if I'd really seen something.  Then, confirmation, the nose and tail of a rising trout. 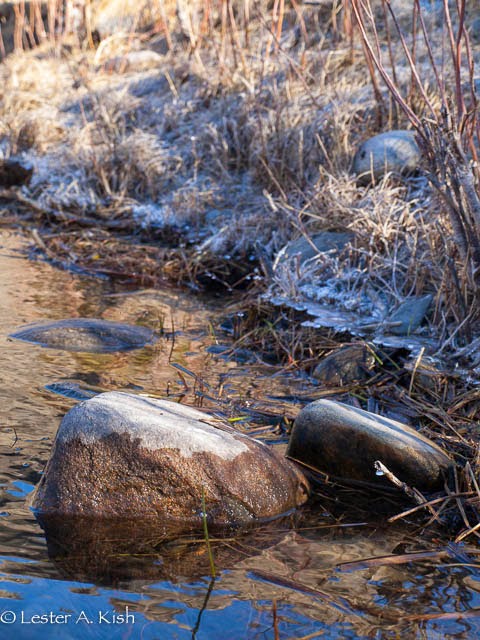 Ok, time to rig up.  Nothing fancy.  A midge adult and a pupa off of a short dropper.  The fish rose again.  I zeroed in and cast.  The fish rose, and I snubbed him, twice.  Then things got quiet. Time to wait some more.  A rise, another.   Then two simultaneously.  I got into position, slightly up and across, made the cast, and got my fish, a beautiful spunky rainbow, its sides tinged purple. 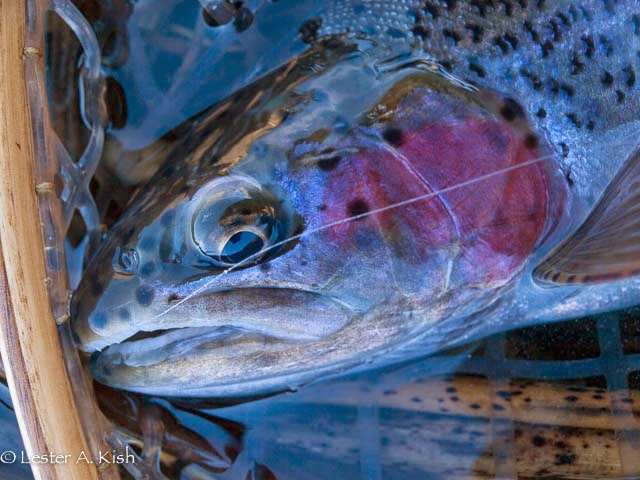 The next couple of hours were slow going, but I couldn't leave.  The sight of rising trout, even sporadically, was too much.  Frozen toes couldn't convince me to stop staring at the water hopefully and casting to the rare rise. Eventually my toes won out.  Thirty five degrees is plenty warm when one is moving their upper body.  Standing in a thirty five degree ice bath isn't.  No amount of toe wiggling can bring warmth to frozen digits.  I wonder how the fish manage.

While walking out, I spied an object midstream.  I couldn't quite make out what it was.  It was big though.  Moose?  I'd seen them here before.  An oversized angler taking a break while sitting on a midstream rock?  Seen them too.  As I got closer, it just didn't look right. Definitely not a moose. And, the shape was not quite right for a portly angler.  It was stooped over, brown, fuzzy.  A hairy angler with bad posture?  Nope.  It was the biggest darned beaver that I'd ever seen.  I'm not a trapper, but I've heard the term "blanket beaver", maybe you have too.  But, what is it?  Well, you take one beaver, skinned of course, measure the length and width of said skin and add them up.  If the total is seventy inches or more, voila.  Blanket beaver.

Now wait a minute.  That doesn't seem right.  You mean that you add them up and come up with something that's bigger than it really is?  Heck, it's only three feet by three feet.  That's barely baby blanket size.  Who came up with that?  Oh, I know, the guy that decided to measure TV screens on the diagonal (don't get me started on that one).  But I digress.  Now show me a beaver that measures seventy inches across and from tip of nose to tail (like bear hides are measured) and we'll have an honest to gosh blanket for an adult human.

So, was the Beartrap beaver a seventy incher?  Probably not.  But it was a hell of a lot bigger than thirty six.