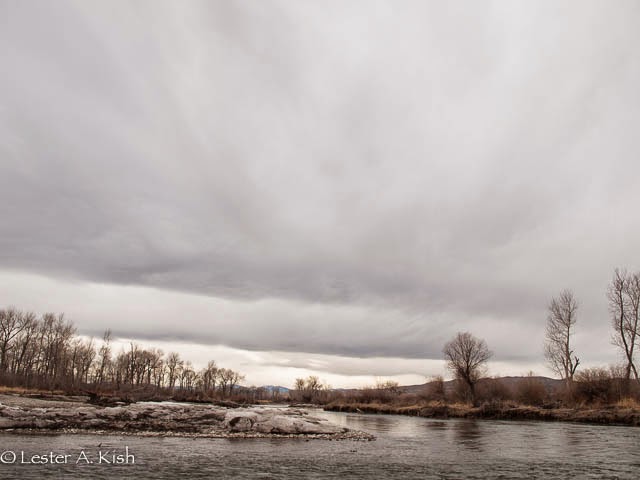 Floating, fishing, February and Montana usually don't end up in the same sentence.  Other than wishful thinking, riverbanks clad in aufweis and or totally frozen rivers usually guarantee that river craft stay in their rightful place in the garage.


So given our mild winter and recent spate of fifty and sixty degree days, I gave it a go.  I was on the water by 10:30 a.m.  It was still a bit chilly, overcast too.  The promise was for fifty plus, not much wind.  A perfectly comfortable day I hoped. And, I dearly hoped for a midge hatch.  But what the heck, at least I'd be on the water, floating to boot.  Did I say February?


Fish activity wise, not much was happening as I bobbed downstream.  I stopped at a promising spot and rigged up with a single Possie bugger.  It's a pattern that struck my fancy a few years ago while perusing The Caddis Fly:  Oregon Fly Fishing Blog (their tying video can be found here.) For some reason, I never got around to using it.  This day it was a good choice.  Three fish on three casts.  Yikes!  What took so long? Actually, I've never cared for bigger bead head patterns. 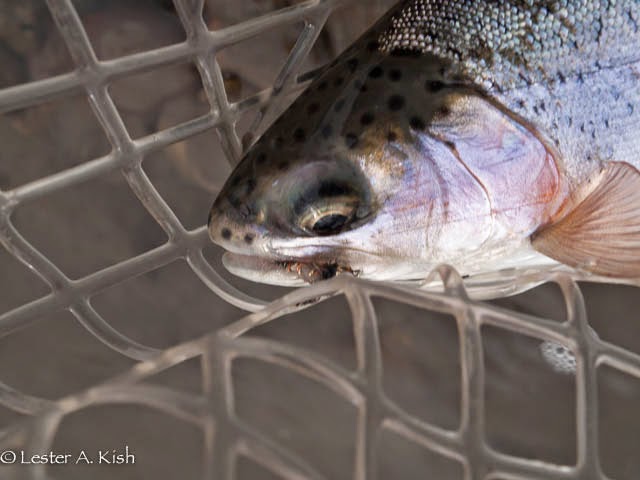 Back to business.  Cast again.  Snag bottom.  Snap!  Dang it.  Time to re-rig.  Another possie bugger.  I added a small pink dropper too.

Another cast, another snag.  Dang it.  Snap.  Oh sure, no more possie buggers.  Closest thing that I had was a weighted bead head prince. 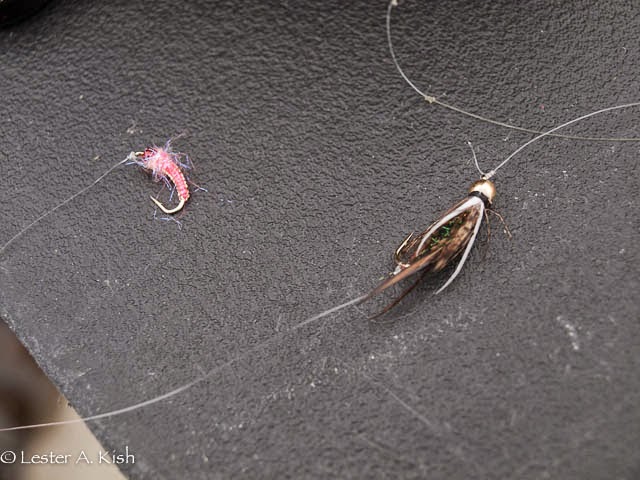 Floating along in the flat grey February light, I stopped and fished a few likely looking spots.  The fish didn't want to play, they had lost their enthusiasm for my selection of fly.  I dallied at a spot that sometimes held rising fish.  But today the midges were absent, and so.... no dimples.

I flipped a few rocks.  Their underside was covered with the tiniest of wriggling mayfly nymphs. They've got some growing to do if they plan to hatch into winged adults this year.


Continuing along, I marveled at the relative scarcity of aufweis.  What's aufweis?  Well its those great big chunks of ice that stack up along riverbanks each winter.  It seems that it takes forever for them to melt.  Now, admittedly, there was some aufweis, but most of the riverbank was clear, a rarity, even into March or April.  What I did notice was the change in the streambed.  It's simply amazing how much the course of a river can change from one year to the next.  Whatever ice had been present, had scoured the channel and deposited gravel on the stream side bars. In some areas, beavers had dropped some huge trees into the water, thus further changing the stream hydraulics while creating new hiding places for trout.  Spring runoff will change things even more.  So, a few fishing spots will be gained, others will be lost. 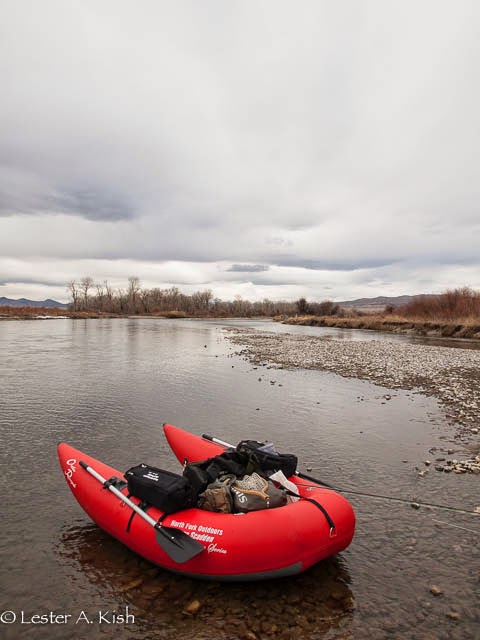 I finished the float.  The late day light was filtering through the cottonwoods and reflecting on the water.  It was peaceful, quiet, calm.  Photos couldn't do justice to the moment. 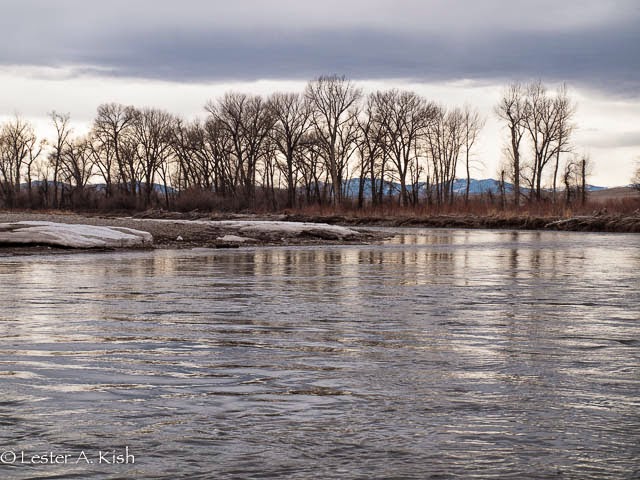 I went home thinking, "maybe I'll try again in another month."  Hopefully there would be some midging trout.  In the meantime, I had some possie buggers to tie.