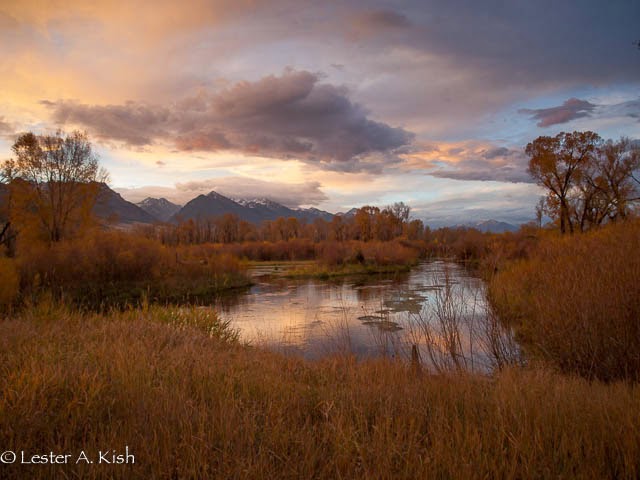 Get out early.  Beat the wind.  Fish midges.  That was the mantra yesterday.  I left home in the dark, driving eastward over the pass.  Outside of Livingston the temp was sixty-two.  A few miles to the south, forty-one.

I stopped along the Yellowstone and snapped a few photos before heading up to the creek. The morning sky was just starting to brighten.

I wondered...any midges this morning?

My question answered when I took a deep breath and sucked one in.  I wasn't the only one feeding on bugs.  Trout were rising too.

It was still calm when I waded into the creek.  Fish were rising actively.  I caught several right off. A few took a fuzzy CDC pattern that imitated a midge cluster.  I soon tired of trying to keep it afloat and switched to a nondescript midge pupa.  A few fish ate that too, then the action slowed, even though the fish continued to rise. 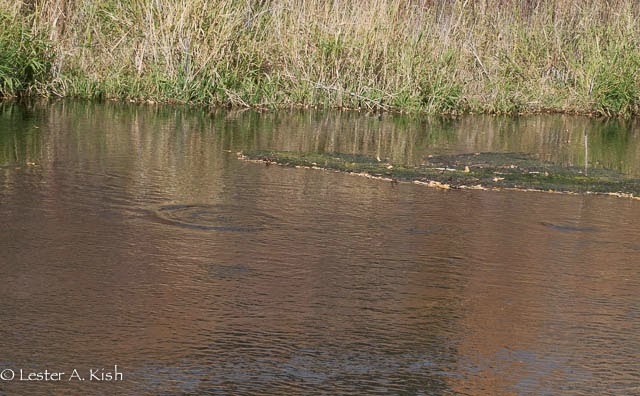 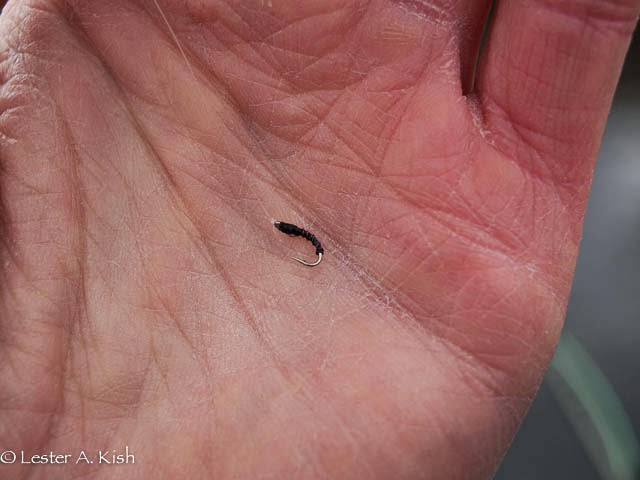 I moved downstream, found a few more rising fish and bided my time by trying to cast between gusts.  By now the fish had become quite finicky.  I switched to a serendipity like pattern.  It got a few grabs, but the hook didn't stick.  Then a nice brown took the fly, jumped, and snapped the leader.

The legs of my waders were covered with small adult midges.  Even when clustered, they were small.     I suspect that the fish were picking off emerging midges.  Unfortunately they were much smaller than anything that I had in my fly box.

I then tried a Griffith's gnat. A fish rose, nose right under the fly. It was counting hackle fibers, no doubt plugging the number into some algorithm that helped determine "eat" or "no eat".  It turned its nose downward.  "No eat."

Back to the serendipity.  I worked pretty hard for the next couple of fish.  By noon the the wind was blowing steadily with some major gusts. The trees were shedding leaves rapidly. 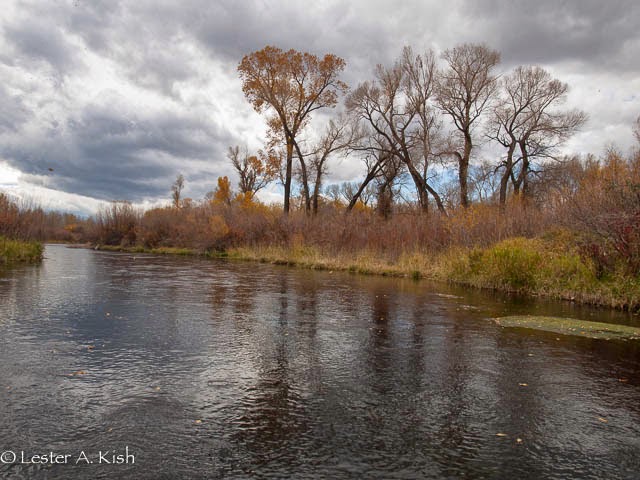 Fishing became pretty much impossible, especially as I was casting all leader and only a couple of feet of fly line.  I quit at noon, satisfied to have caught some nice fat rainbows on midges. 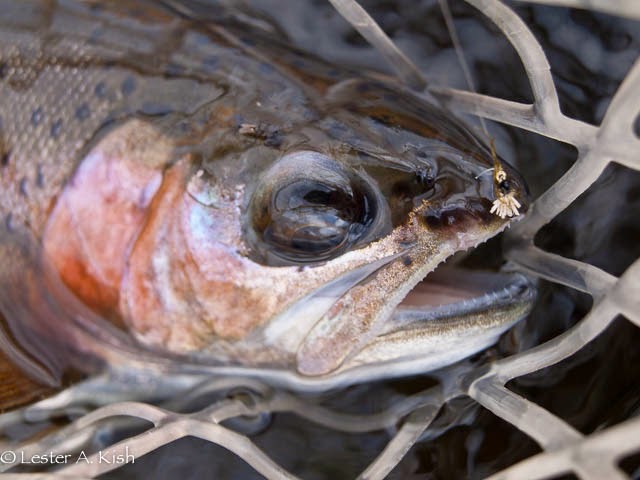