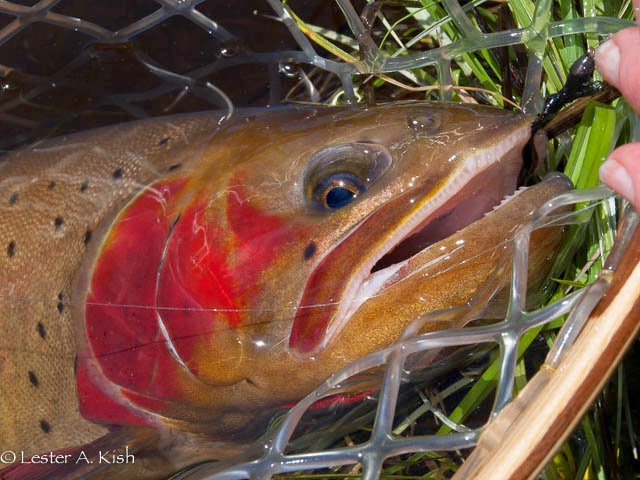 I wrote this one off years ago as just another fishless puddle.  Alders crowd the lakeshore. Casting options are limited.  I walked around the lake, stumbling over blowdown, cussing the aforementioned alders. That first visit, no fish rose.  I didn't bother to rig up,  It was a tactical error.  First impressions can be misleading. There were some impressive piles of bear poop though.

A few years later I decided to take another look.  Same scenario.  No riseforms.  No sign of fish. This time I strung my rod.  Casting fruitlessly from a precarious perch, I was ready to give up. Then I saw the shadow.  At least I thought I saw something.  More casts.  The shadow reappeared.  Jaws junior  came back and decided that it was time to eat.

Once a year we go back.  Just to check on the fish.  There aren't many.

We went back over the weekend.  The fish were still there.  Like us, a year older.

We saw a pine marten.  Mosquitos.  No grizzlies.