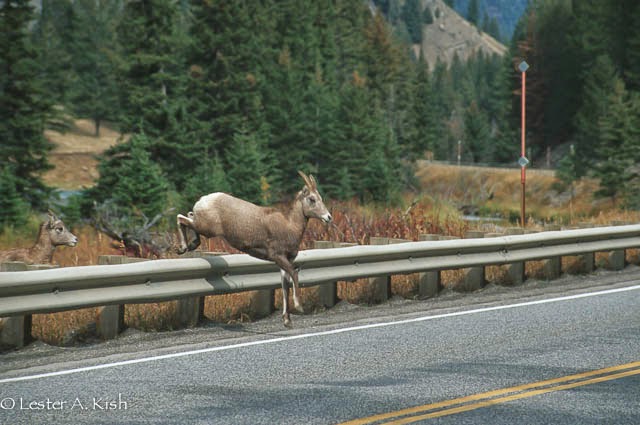 You run into some pretty neat stuff while heading to the field.  Sometimes it's the high point of the day.  Take this image for instance.  It was recorded on film.  Ah, the good old (if not less convenient) days of photography.  I was driving through the Gallatin Canyon.  A bunch of bighorn sheep were milling along the side of the road.  I found a nearby turnout and pulled over.  Sheep were busy grazing, some were in the river. Eventually, it looked like they wanted to cross the road.   One ewe, then another.  Up and over the barrier.  Maybe the grass was greener.  Maybe they just wanted to live dangerously and dodge traffic.  It's a tough way to make a living.
Email Post
Labels: bighorn sheep Gallatin River Montana one photo story photography Spanish Peaks