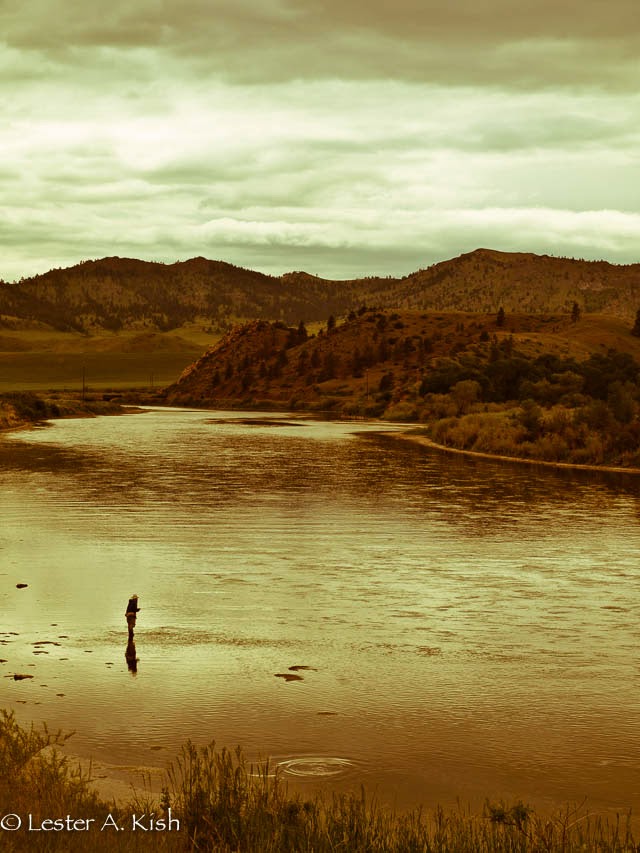 While driving along the Missouri River early last June, I spied this lone angler at work. It was late afternoon.  The PMD's were just starting to hatch.  Fish were rising.

So, I drove up the road, found an open spot.  Slipping into the water, I became part of a similar dreamy scene for passing anglers.  The fish, so close, agreeably sipped the PMD presented barely at arms length.