A Bag Full of Memories 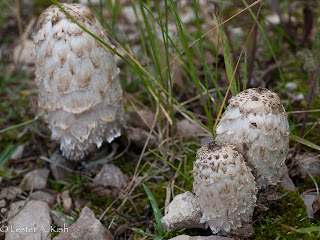 Hunger motivated a trip to the garage this afternoon. While rummaging around in the freezer I found a bag.   I unzipped it, and out wafted the aroma of early autumn.  Damp and earthy.  A heavenly paradox, considering that we're barely one hundred eighty degrees seasonally from that other equinox.

Flashback to last autumn.  It was late afternoon, we were bumping our way out of the mountains on a dirt and gravel road.  I despise road hunting.  That day I made an exception.  Jo drove slowly, we scanned the road edge for our quarry.

A ha!  There!  And then, a couple more. White.  Egg shaped.   Shaggy mane mushrooms. Finding them is almost like finding presents under the tree at Christmas.

In our neck of the woods they usually appear in early fall, usually after the first rainy or snowy cold snap in September.  Years ago I found some along the Cassiar Highway in Northern British Columbia in late July.  But then, that's cooler, wetter country.

These mushrooms don't last long, eating quality wise.  They go from their nice firm white egg shape to a black inky pile of yuck, in what seems to be hours.  Hence the name inky caps. We immediately clean enough for prompt eating.  The rest are washed, trimmed, dried off and frozen for later use. 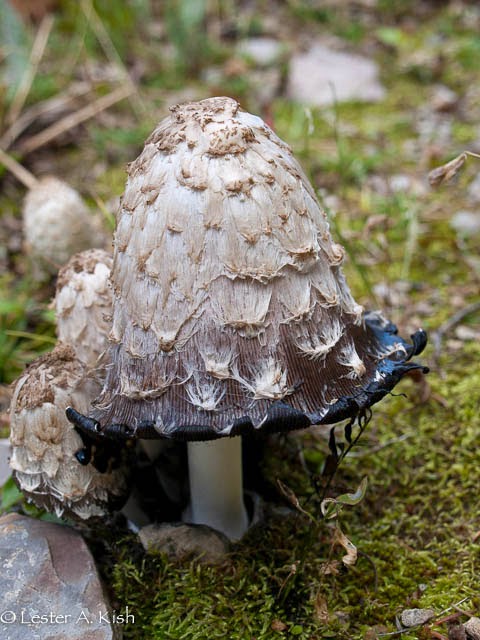 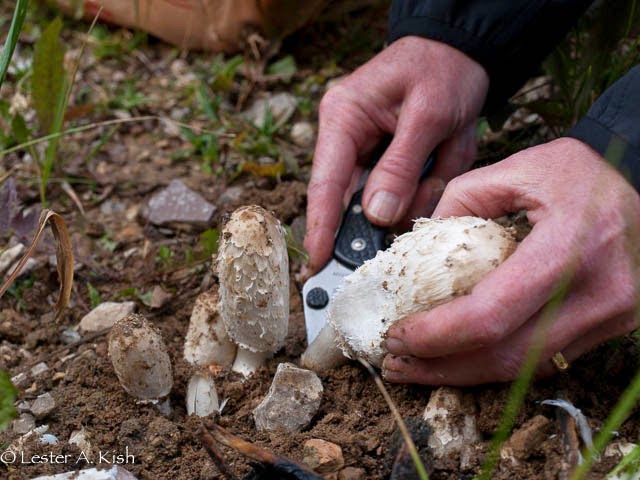 Earlier that day was spent in the high country, chasing birds and dogs.  That post can be seen here.