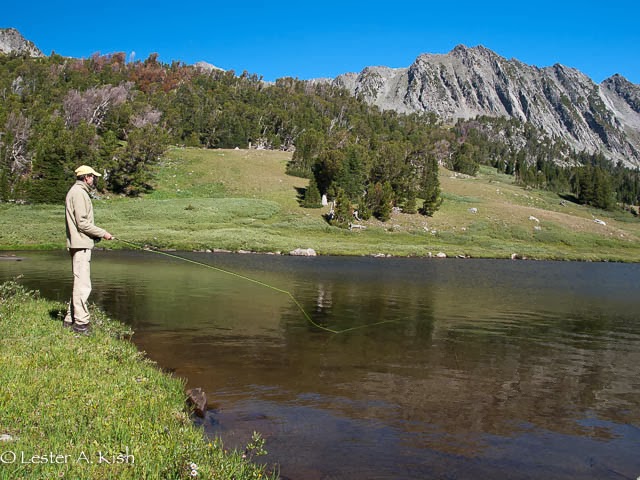 Back to August, and a brief follow-up to my previous post.  Summer had regained its rightful place on the calendar.  It was hard to believe that I'd slogged through several inches of snow just twenty four hours earlier. After a spending a chilly, restless night in the confines of my bivy, I was eager to get up and get going.

By August, the sun rises a little later.  The mornings are slower to warm.  But the sun eventually touches the valley floor.  When it's calm, its heavenly.

Rising cutthroats dimpled the surface of the placid lake.  A fisherman's invitation.  The fish were good hosts and willingly came to the fly.  I circled the lake, picking off cruising fish. When I reached my starting point below camp, a repeat circumnavigation of the lake was unnecessary. The catching had been easy. I'd already caught my fill. I was content then, to revel in the morning, just as I am now, looking back at these photos.

So here's to alpine lakes and cutthroat trout.  And let's not forget the dreamy days of summer that make it possible to get there. A toast. 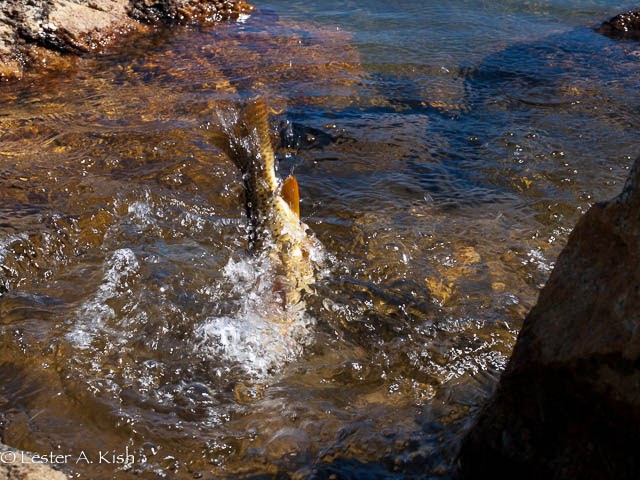 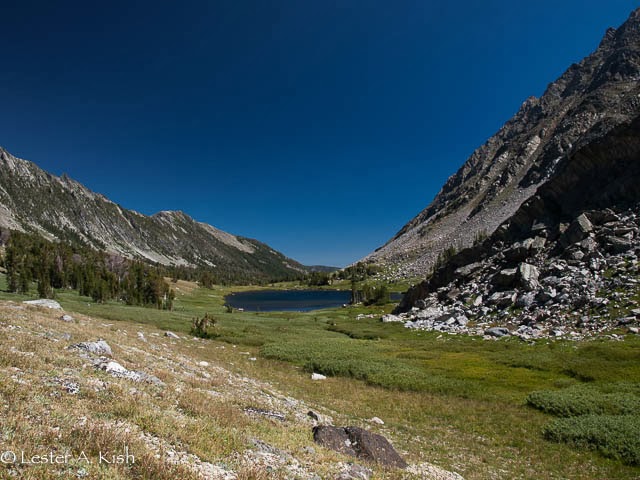 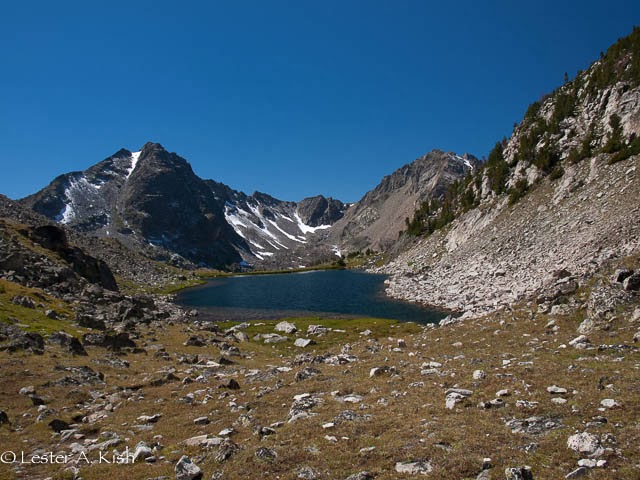 Bill Trussell said…
Lester
Absolute beautiful area there, that makes one yearn for warmer weather. Thanks for sharing
February 17, 2014 at 8:16 PM

Lester Kish said…
Thanks Bill, just what I was thinking. Warm weather and the beauty of alpine areas. There's such a small snow free window to get up there.
February 17, 2014 at 10:27 PM

rivertoprambles said…
Wow, I'll drink to that this snowy morning, with some hot coffee, and a dream to fish for cutts at a place like that. Thanks!
February 18, 2014 at 4:48 AM

Lester Kish said…
A cup of coffee here too Walt, albeit without the snow. The cutts are waiting. Bring on July!
February 18, 2014 at 5:15 AM