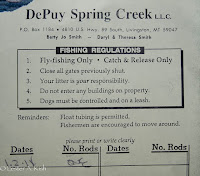 I got a late start today, I knew that it would warm slowly.  High winds were forecast too.  I made the drive anyway, figuring that I could always do the Livingston fly shop tour if I got blown off the water.

It was blowing in town.  And…it was blowing where the creek entered the Yellowstone.  When I arrived at the "Big House", I expected whitecaps.  Surprisingly, it wasn't too bad.  Betty was waiting for me at the door.  New Years Day was  a busy one on the creek she said.  Lots of anglers.  Today, I'd be the only one.  At least so far.

It was thirty-one degrees at 9:30 a.m.  Overcast.  Snow hung low over the Absarokas. 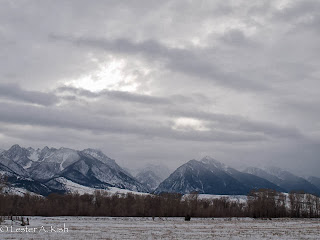 No hurry today.  Just the way I like it.  I got settled in and built a fire in the barrel stove.  Chunks of snow from the boots of the previous days anglers were frozen to the floor of the hut.  So, I did a little housekeeping and swept the floor.

With the chill off, it was time to get rigged.   The fish probably saw a little of everything to start the New Year.  Today, I'd offer up a little muddler. 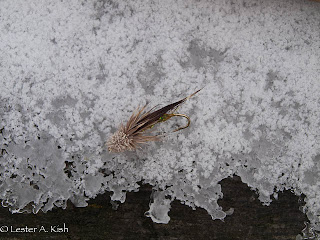 Got several chases.  A few pulls.  One hookup.  A brown.  The first fish of the year.

Before the fish, afterwards too, iced guides were a nuisance.  I missed the first couple of fish because I was fiddling with line that wouldn't feed through the guides.

Cold fingers?  For sure.  Especially on the finger that pinches the line against the cork.  I keep intending to drop one of those instant heat packs into my wader pocket to warm my hands.  Heat packs?  I've got some.  But…for some reason they don't work very well when left in the car.

Noontime was break time.  My back said so.  So did my fingers.

Back at the hut, I added wood to the barrel stove.  The stick soon smoldered and burst into flames. It's hard to beat the cheer of a fire.  Dancing flames. The crackle and pop.  The smell of woodsmoke. 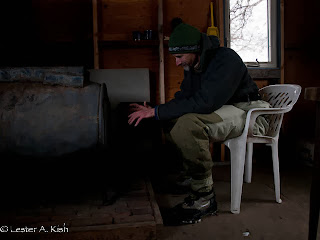 So, I re-rigged and set out.  It was warmer.  The wind had stilled.  Geez, maybe I need to get a later start next time. 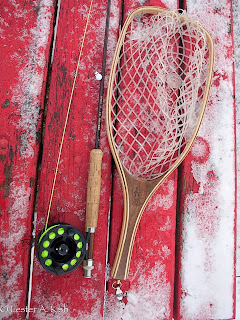 Took a little walk. Fished a few runs. Got a nice colorful rainbow.    Done?  Nah, a couple more casts and I'm rewarded with a chunky rainbow, the best of the day.  Now I'm done. 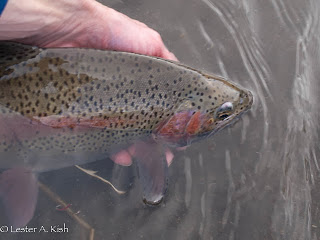 I quit fishing a little after 3p.m.  The sun was just starting to peek out.  It was the best part of the day.  It had warmed to a toasty thirty-eight.  Without the wind, it was comfortable, beautiful.

I finished the day by driving through the property and snapping a few photos.  It's hard to beat the late afternoon light of winter. 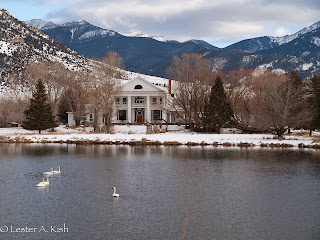 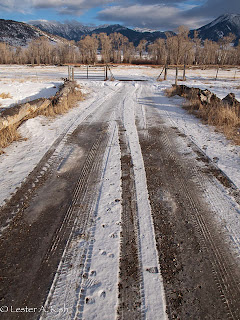 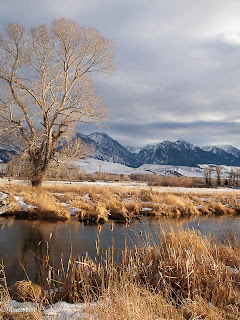 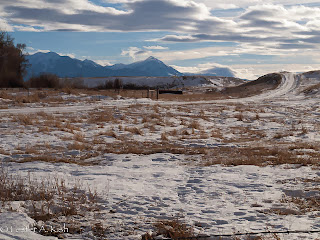 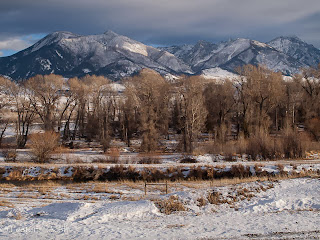 Til next time….keep the fire burning…... 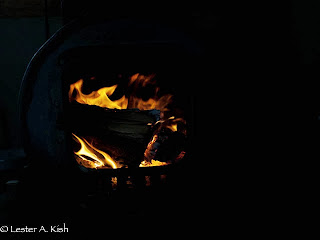