Yesterday, Tuesday, with the temperature forecast for a toasty sixty plus, I had to make a run over to the Paradise Valley. I tried on Sunday, but gave up after a couple of hours.  Truth is, I spent most of the morning sitting and watching.  Lots of mallards.  Muskrats too.  Quite a few anglers. Not much surface activity by trout though.

This day, I'd try to hang in there for the full day.  Maybe take a break mid-day. Take off the waders. Stretch.  Today would have to last.  We likely wouldn't see sixty in southwest Montana again anytime soon.

It was twenty-six at the house, forty-three and blowing like hell in Livingston, and twenty-six at the Big House on the pond at DePuy's when I arrived a little after eight a.m.  The pond was still, fish were rising.

I drove towards Eva's, a warming hut on the lower part of the creek, but stopped on the edge of the field.  A small whitetail buck was out walking the fenceline, likely looking for a girlfriend.  The binoculars were handy, so I watched for a while, then left him to tend to his business.  I had business too. 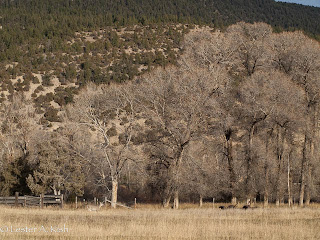 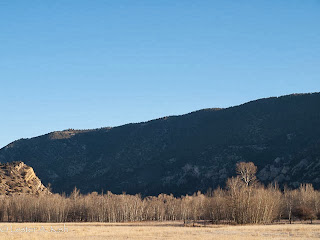 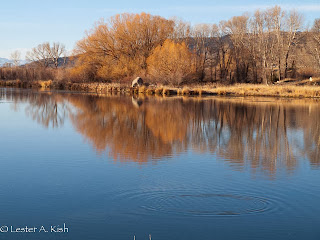 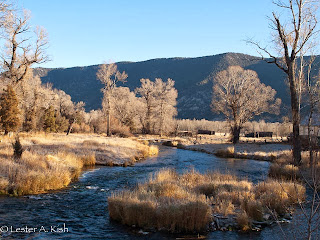 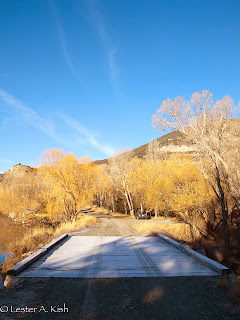 I elected to base out of the middle hut.  When I arrived, it was already basking in full sun.  Frost still coated the grass and fence posts, but it wouldn't last.  I entertained the thought of building a fire in the hut.  But this was not a day to spend inside.  There would be plenty of winter days ahead for that. 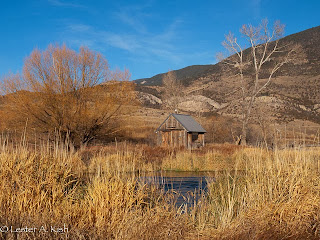 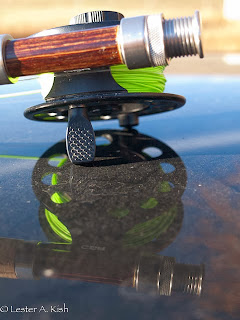 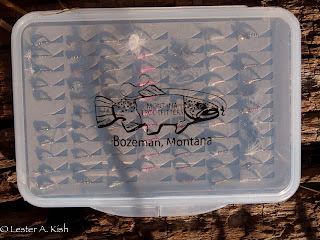 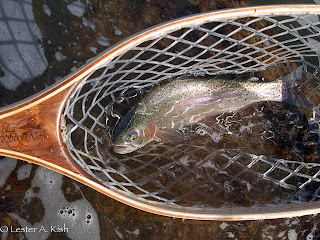 I fished the creek in the morning, turned a couple of fish, and decided to take a peek at the Yellowstone.  It was low and clear.  Expanses of sand, gravel and stream cobble lay exposed, the river a mere shadow of itself at full flood.  I spied some redds being tended by brown trout.  Hope for tomorrow, the next generation in waiting.

Geese flew overhead, honking. Goose music. It just sounds so different in fall.  Urgent, lonely.  As if to say….."We're getting out of here, you meanwhile are going to freeze your ass off for the next six months!"

I thought of Aldo Leopold, and a passage from "A Sand County Almanac".

And when the dawn wind stirs, through the ancient cottonwoods, and the gray light steals down from the hills over the old river sliding softly past its wide brown sandbars -- what if there be no more goose music? 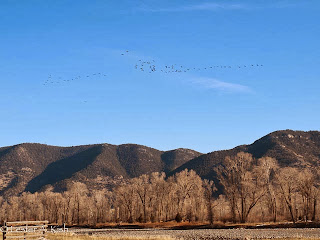 But, this was the enduring image of the day. The one to take and hold onto.  To get through winter.


Looking at it, I can feel the warmth of the late afternoon sun.  I can hear the Yellowstone sliding by as it has, for, well, a long time.  The silent majesty of the Absarokas. The big, blue, Montana sky.  White puffs of clouds…….. 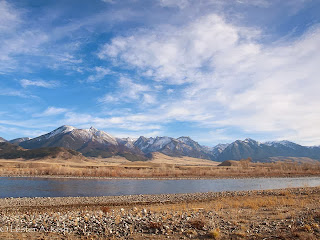 walt said…
Beautiful post, Lester. With a flourish of Aldo Leopold to help us get through the winter. I was listening to NPR while reading this, a feature on cutthroats in your neck of woods, the danger of rainbow hybridization as the waters warm... sobering, but an unfortunate part of the picture, too. Thanks for your report!
November 14, 2013 at 3:54 AM

Lester Kish said…
Thanks Walt. I'll have to try to catch the NPR feature. My old, page brittle copy of Sand County Almanac found its way bedside last night. It's been a long time since I've parted the cover. Time for a re-read for inspiration. Les.
November 14, 2013 at 7:12 AM