It's a big job. Spread over a couple of days. Boil potatoes. Peel 'em. Rice 'em. Let them dry out. Next day make the dough. Pit a bunch of plums.  Roll out the dough, put a plum or half in each, with or without a sugar cube.  This is where a second person comes in handy.  Jo did the rolling, I did the cooking. Drop into a pot of boiling water.  When they float to the top, cook 'em for a while longer. Remove and put into a skillet with some bread crumbs that have been browned in a little butter.  Coat 'em real good.

Put a few on a plate (as if that's enough).  Sprinkle with a little cinnamon sugar.  Poke 'em with a fork.  They make this indescribable sound as plum juice squirts out.  Oh yeah!

Eat.
Savor.
Let your eyes roll back in your head.
Man is that good.

This is a Hungarian delicacy.  Mom would slave away in the kitchen, one girl crew that she was, making a huge batch of dumplings. Dad would hock them down like there was no tomorrow. After eating more than any human has a right to, he would say something like…"Ah, not so good."  Not so good?  It's amazing that he never had his head tenderized with a rolling pin. 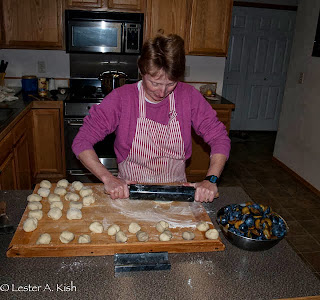 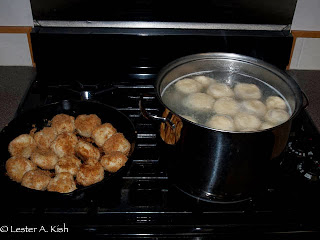 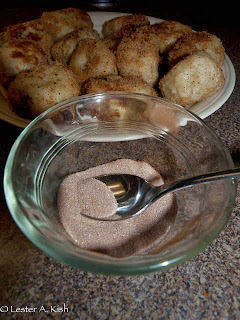 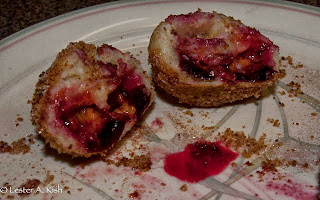 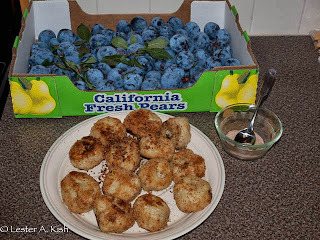