I'll keep this brief while I continue to sort trip photos for a post.  We spent a night in Orofino, Idaho while en route to the Grande Ronde. While there, Jo and I had supper at a Chinese Restaurant.  After an ample meal, it was time to pay the bill.  The requisite fortune cookie also appeared. Mine said……

Boats and water are in your future.

Amazing!  How did they know that we were going on a float trip?

We hit the road early the next morning.  It's only a couple of hours from Orofino to the Ronde.  That left Jo and I with a full day to putter around on our own before heading out with the Speywater crew. We got in a few casts and practiced slipping around on the rocks.  Here are a few pre float photos. 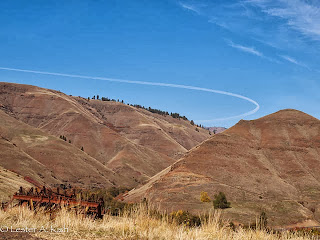 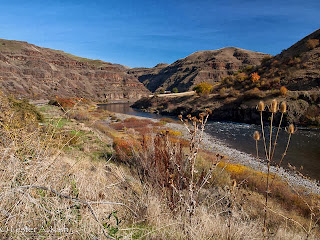 While waiting in the exam room at the doctors office yesterday,  I found this in a book about laughter and medicine…….


The definition of confidence is going after Moby Dick…..

with a rowboat, harpoon, and….a jar of tartar sauce! 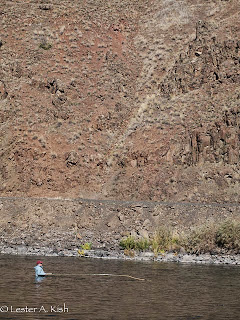 My back says …enough sitting for now…..I'll be back later with more from the Ronde.