Afternoon at the Flat Ranch 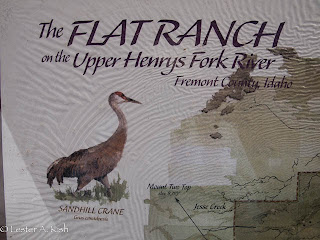 I needed to get out of town yesterday. So……I drove to Idaho.  I had an unused Idaho fishing license, and had never fished the Henry's Lake area.  Armed with Mike Lawson's book, off to the Flat Ranch I went. 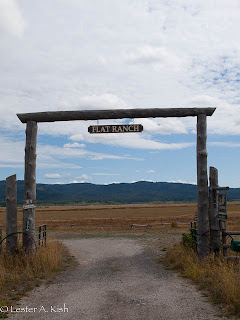 Purchased by the Nature Conservancy nearly twenty years ago, the Flat Ranch property is located just south of Henry's Lake in Idaho. It's about fifteen miles from West Yellowstone, Montana. More info here. 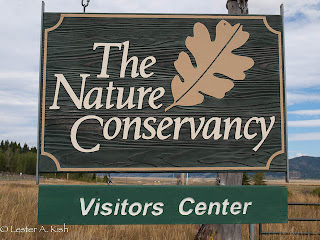 It's primarily a nature preserve, with the opportunity to fish thrown in. There's a nifty visitors center. The porch is a nice place to kick back and take in the views.  I grabbed my cooler and had lunch before heading out to explore the property. 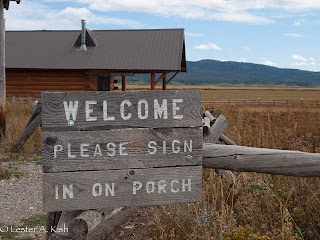 There are cows too.  It's still a working cattle ranch.  There are several large fenced pastures. Livestock are managed in some sort of rest rotation system.  Overall, the riparian areas appear to be in good shape. 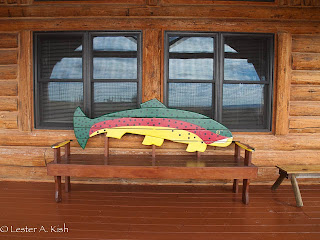 As for the fishing water, it's a nice little winding meadow stream.  Not too deep, easily wadeable. A few holes around the bends.  Technically, this is the Henry's Lake outlet, not the famed Henry's Fork.  The Henry's Fork originates from some springs a few miles from here.

Mike Lawson indicated that the fishing on this piece of water is best in the spring when fish flush out of Henry's Lake, or in the fall, when fish run out of Island Park Reservoir.   Ranch manager Matthew Ward corroborated that Henry's Lake gets pretty warm in the summer, resulting in stream temperatures that push into the seventies.  I'll add that the water did indeed feel warm. 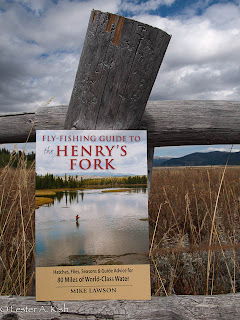 The fishing?  Well, I managed a few little rainbows and spooked one nice cutthroat of about sixteen inches or so.  That was the only sizeable fish that I saw.  I'll have to admit that I didn't fish very hard.

My primary goal was to explore the property.  I'll say that I succeeded. It's only a couple of miles to the far end of the ranch.  On foot, it seems like a couple of hundred.  The ranch is aptly named.  Following the old two track back to my car, well….. it's one big flat.  On a sunny day, it makes for a steamy hike for a wader clad angler.  At any rate, it's a hell of a walk. 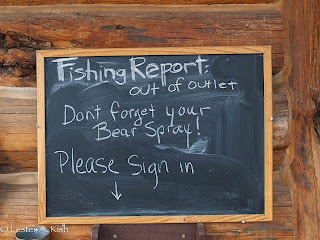 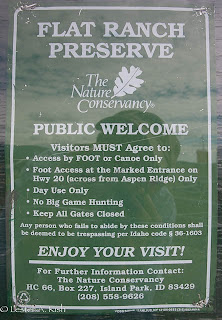 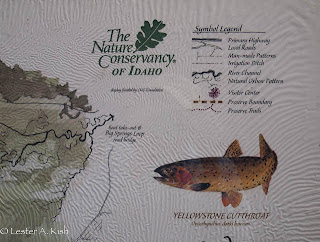 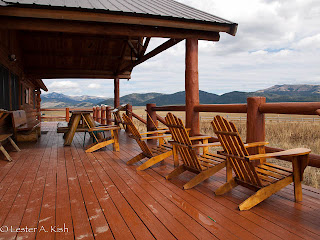 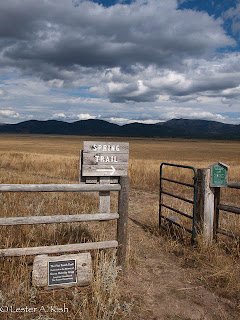 As for wildlife, I saw cranes, antelope, a few mallards.  Moose and bear tracks too.  Admittedly, this was at mid-day.  Viewing opportunities are likely better early and late in the day when the critters start moving.  Interestingly, an Idaho Nature Conservancy post on their Idaho Nature Notes blog reported that the Flat Ranch may have the highest density of nesting curlews in the country. 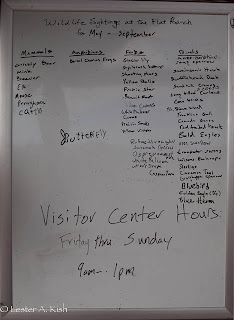 As I said, it's a nice place to spend an afternoon.  I'd like to go back when the wildflowers are in bloom.  If I take another long walk, I'll make sure to take some water too.  Maybe I'll pick a cooler day. 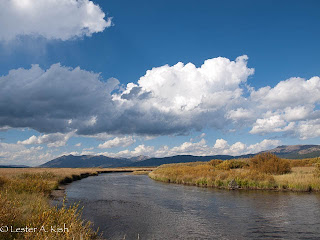