It's a nice hike, about six miles or so (each way). The elevation gain is steady but not brutal. An occasional straight stretch in the trail offers respite from the climb.  The prize at the end of the hike is the opportunity to cast a fly to grayling in an alpine lake.

I hit the trail around 7 a.m.  The morning was pleasant, dew or light rain from the previous night clung to the brush that hung over the trail. Along the way, I ran into this fellow rummaging for breakfast. He was unconcerned by my presence, enough so that he turned his back on me, sat, and went back to filling his belly.  I squirted by on the trail. 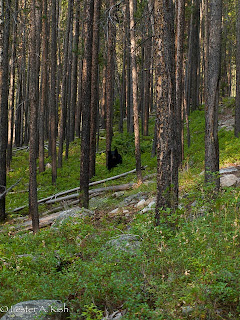 The rest of the hike was uneventful as regards wildlife.  In and out of the lodgepole timber, the trail follows a stream a good part of the way.  I stopped once to fill my water bottle from a spring (I carry a filter). 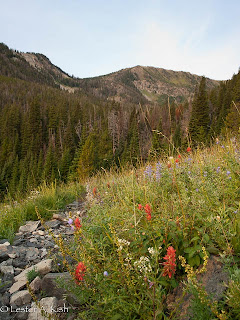 I arrived at the lake and found the surface calm.  Here and there grayling were rising. I snapped a few photos and commenced to rigging for the mornings fishing.  A snack was in order, but I didn't find the jerky that I'd packed (it was on the kitchen counter). 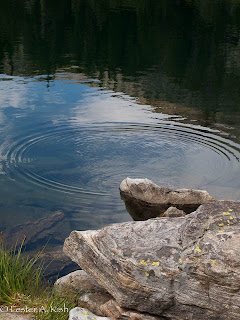 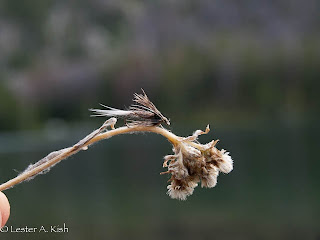 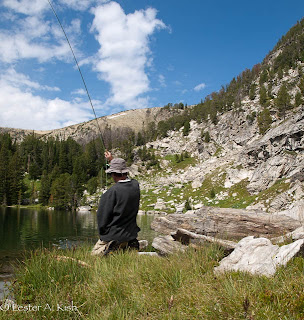 With the light just right, the fins of a grayling glow iridescent and remind me of tropical fish. They are underrated as game fish, if for no other reason than their beauty.  The environs that they inhabit are most pleasing to the eye as well. 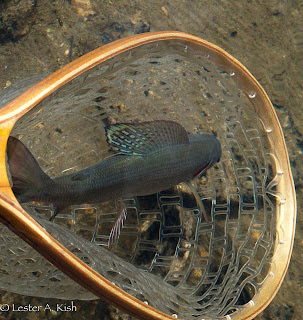 A half dozen fish was enough for me.  I just needed to see that the fish were still there, prospering and in good condition.

Stocked once, in the distant past, they now maintain themselves naturally.  So, treat them right. Release them carefully for the next anglers appreciation.  It's good to check up on them every few years.