Three miles in, and, not surprisingly, three miles back out, Lava Lake serves as what I would consider the first mountain hike of the year.  It's a popular hike with Bozemanites, as the trailhead into the Spanish Peaks is a short drive from town.

The first part of hike is pretty easy and gains relatively little elevation.  The only major creek crossing is via a footbridge over Cascade Creek.  From there it's a steady pull into the lake.

Early season hikes are usually a matter of chasing the snowline up a muddy trail. Yesterday, the first part of the trail was in pretty good shape, mostly dry as far as the bridge.  From there on, snowpack covered parts of the trail.

Not surprisingly, the lake was still frozen.  The ice typically goes off as early as the third week in May or as late as first week in June.  A narrow band of skim ice covered the lake margin.  It should go off soon with the warm weather. 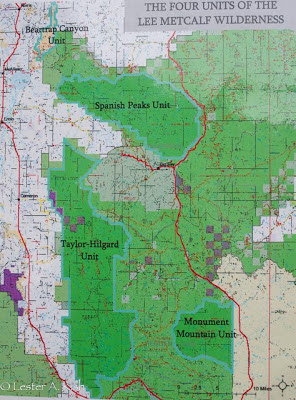 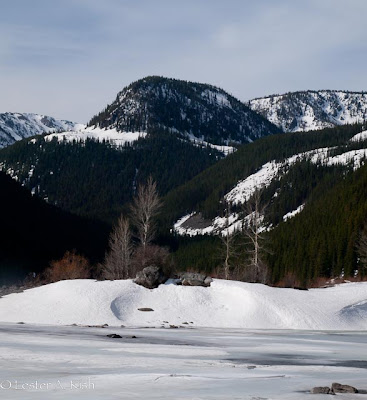 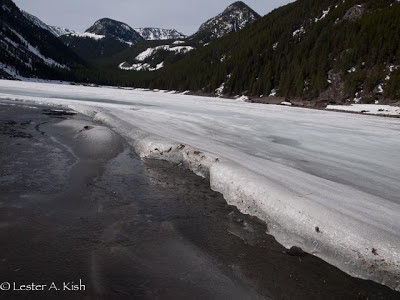 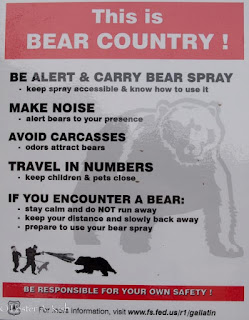 I didn't see any bears, and, quite frankly, didn't expect to on this popular trail.  Judging by the number of hikers that I passed on my way out, lots of of other locals were also anxious to get out and stretch their legs.  An eighty degree day will do that.