This falls under the category of "Blast from the past".  Not fishing or outdoors related.

We drove out to Willow Creek last evening for dinner at the Willow Creek Cafe and Saloon.  It was the belated celebration of a life (Pop passed away before Christmas).  We polished off orders of what we concluded were the best baby back ribs that we've had, followed by a decadent dessert that we didn't need. We discussed roots, family, health and healthy habits, among other topics.  This, while eating ourselves into a stupor.  I think that we ensured the financial security of the local cardiology group.

The discussion eventually turned to the topic of music.  Bands, favorites.  Our limited consensus for greatest album of all time….Dark Side of the Moon by Pink Floyd.

Favorite group?  For my brother Andy…. The Moody Blues.  For Jo, the Eagles.  Me, no clue, I'm still thinking about it.  Aerosmith, Queen, Creedence.

I remarked that the first rock concert that I attended was a performance by Fleetwood Mac.  It was in 1974, in of all places, Bozeman, Montana.  A couple of Minnesota guys in the college dorm were big fans.  They had an album called Bare Trees.  A good concert, this was before the addition of Lindsay Buckingham and Stevie Nicks.  They were at the time, already an item, and had a record of their own (Buckingham and Nicks). Their sound was distinct.  Their musical influence would soon lead to the meteoric rise to fame by Fleetwood Mac. They joined the band a few months after this concert.

When we got home I rummaged through a couple of boxes in the closet.  I found these…… 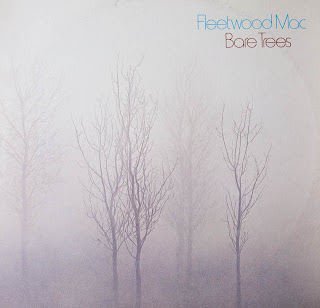 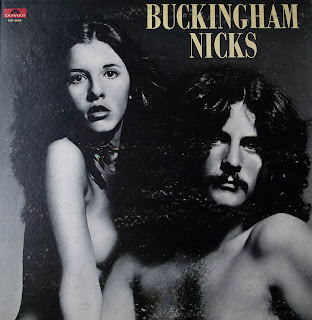 walt said…
I, too, have the vinyl "Bare Trees," some of which I enjoy, but not nearly as much as, in my opinion, albums by the great, original Fleetwood Mac, viz., Peter Green's Fleetwood Mac, which performed some of the greatest British blues ever, according to music critics. I concur. Check out the young Peter Green on You Tube, maybe. Songs like "Green Manalishi" blow me away no matter how many times I listen.
October 14, 2013 at 9:54 AM

Lester Kish said…
Walt, I'll have to check it out. The old stuff sure doesn't sound anything like the version of Fleetwood Mac that swept the charts.
October 14, 2013 at 10:06 AM