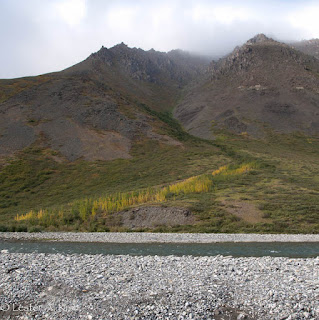 Up early, fetched pot of water for coffeee.  Overcast, peaks obscured by clouds.  A rain gear day. If not for stopping the rain, then as a windbreaker.  Chilly upstream breeze.  Showers started again.

Crew slow to get going.  No need to hurry. 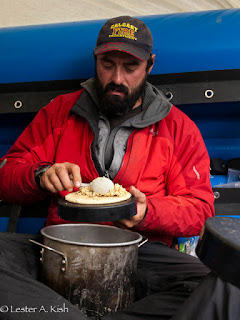 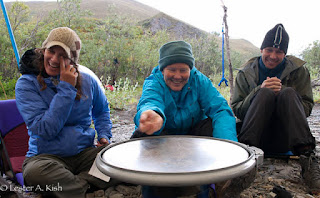 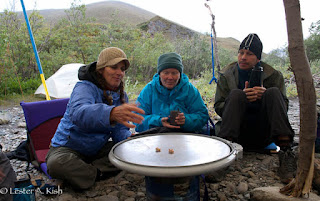 Sun tried to come out, but showers continued. A camp day.  Crawled back in rack and took a nap, as did several others.  Rain stopped early afternoon, slow to clear.

Crew went for a hike.  I went upstream and found a fishable run.  Caught one sizable male char. Most of camp water a little to fast to fish.  Little good holding water.

Took a short hike to nearby knob just as rest of crew was getting back.

Big campfire after dinner.  Got coffee pot ready to go for the morning. 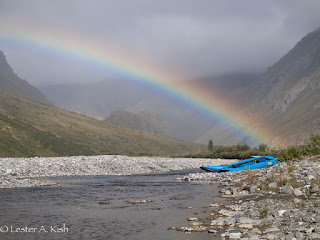